The Sheepdogs debut at #1 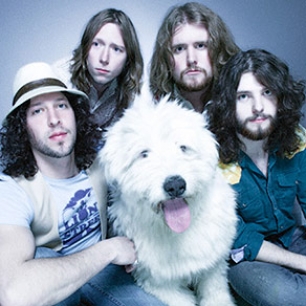 It’s been a pretty monumental year for The Sheepdogs and things just keep getting better.

So how do you top winning the opportunity to be on the cover of Rolling Stone? With a number one album of course!

This week, the Saskatchewan rockers saw their self-titled LP “The Sheepdogs” debuted at #1 on the Top 200 SoundScan Chart. They are the 2nd Canadian band to debut at #1 in 2012 alongside RUSH, and only one of six Canadian artists to hit #1 this year. It’s pretty remarkable feat for a band that few had heard of this time last year.

Montreal indie-rockers STARS also made a big impact on the charts this week. Thanks to heavy praise from the critics, “The North” made the best offering from the band to date, earning the group a #5 debut spot on the Top 200 Soundscan Album Chart and #3 on the Digital Albums Chart in Canada â€“ both milestones are the highest debuts for the band of their career. They additionally earn a Top 50 Album Chart debut in the U.S.

It’s going to be a busy few weeks for Canadian bands on the charts, with Carly Rae Jepsen, deadmau5 and Diana Krall all releasing albums.