The return of J. J Abrams 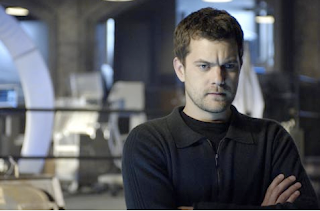 It’s pretty obvious that FOX has the worst track record for canceling shows before they are able to grow into any sort of success. Their trigger finger often shoots shows down after their first or second airing. While I think I was the only one that enjoyed last years show called Drive, it doesn’t mean that I don’t still cry myself to sleep sometimes. I happen to know that others, who wish to remain anonymous, still miss shows like The Tick, Firefly and Arrested Development. No one, however misses Back to You or Unhitched.

But I’m ready to give Fox another chance, mostly because their newest show Fringe debuts Tuesday night. Of course it helps that it was created by the always imaginative J.J Abrams. After watching the trailer for the new show, I’m a little nervous because it seems to be an intriguing show that begs paying attention to. Out of all of Abrams creations this is definitely in the Lost or Alias territory and miles away from anything resembling Felicity or What About Brian?

Fringe stars Joshua Jackson (Pacey!), Lance Reddick (super creepy guy from LOST) and Anna Torv (her first North American project) and definitely has something to do with what is probably something like could or could not be aliens or maybe terrorism, but definitely not robots, unless you use the word robot loosely.

Anyway, watch the trailer yourself and check out Fringe as it debuts tonight with it’s 90 minute pilot followed by the hilarious spin on the japanese game sensation Hole in the Wall. Man, didn’t that last sentance read like an ad? And to think Fox isn’t even paying me and will probably cancel Fringe before next week. Fool me a half dozen times……