The return of Hiccups and Dan for Mayor announced! 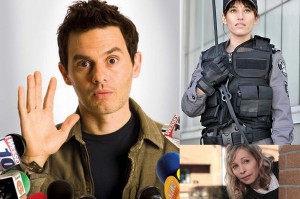 Remember the shows Dan For Mayor and Hiccups?Â  I wouldn’t blame you if you didn’t, the two comedies have been off the CTV schedule for almost an entire year, while the network tried to fit room for the two shows.Â Â  (If only they didn’t have to air 18 different singing and dancing competitions?)

Well good news, CTV announced early this morning that the shows, which feature a plethora of Corner Gas alumni, will be making their returns to the schedule very, very soon!

Hiccups which stars Nancy Robertson as a quirky children’s book author, (is there any other kind?), will begin airing new episodes starting on Monday, May 30th.Â  That’s where it will stay for a few weeks, until June 19th, when it will move to a new Sunday comedy block alongside Dan for Mayor.

Dan for Mayor didn’t have as much buzz as Hiccups, mostly because it didn’t star CTV God Brett Butt,Â  but the comedy does star another Corner Gas alumni: Fred Ewanuick.Â  His show will be coming back on June 5th for two shots a night, until Hiccups joins it on Sunday night alongside The Big Bang Theory and Hot in Cleavland.

It’s great to see CTV bringing back some funny Canadian shows, but it really is too bad they are doing it during the dull months of Summer, when audiences are tragically low.Â Â  Hopefully Dan for Mayor and Hiccups can drum up enough business to stick around for season three.