The Return of Aerosmith! 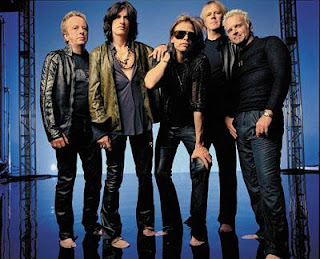 Aerosmith just announced a western canada outdoor stadium tour for this summer!
August 7 at Canad Inns Stadium in Winnipeg
August 9 at Mosaic Stadium at Taylor Field in Regina
August 11 at Commonwealth Stadium in Edmonton
August 13 at McMahon Stadium in Calgary
August 15 at BC Place Stadium in Vancouver
I’ve already seen Aerosmith once and I can’t wait to see them again.  The only problem is that apparently no one told the band that we are in the middle of a recession.  The CHEAPEST tickets are priced at $115 and go all the way up to $449 (Or my car payment.)  Even though they put on an amazing show, at that price, I’ll have to consider it carefully.  Especially if I want to keep my car.
Tickets officially go on sale Saturday morning but presales start on Wednesday!
Once I get the codes, I’ll definitely share them with you!
Welcome back Aerosmith!
UPDATE:
Presale Passwords for you guys.  Hope your wallets can afford it!
Winnipeg: CRAZY
Regina: CRAZY
Edmonton: CRAZY
Calgary: AMAZING, CRAZY
So to sum up, the presale word is CRAZY
aerosmith