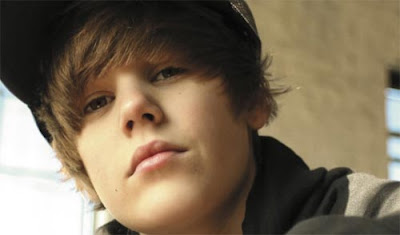 Sometimes being a Canadian Entertainment blogger means having to write about things you don’t really want to write about. I don’t have an Editor breathing down my neck, so I really could just write about whatever, but I’m pretending to have a mission statement, so all Canadian media, like it or not, must be covered.

That being said.
I have to talk about Justin Bieber.
Bare with me.
15-year old Canadian, Justin Bieber just debuted at No. 6 on the Billboard charts with his seven-song EP “My World,” selling 137,000 copies in its first week! The number was so good, he almost doubled the current American Idol, Kris Allen, who only debuted with 80,000 copies and 11th place.
I don’t know much about Beiber, besides the fact that he has never met a hair straightener he didn’t like. Apparently this kid is the like the second coming for Jonas and Miley fans. From what I’ve seen so far, I’m not impressed. But it’s hard to ignore an incredible debut like that. Especially during this November which is seeing releases from pretty much anyone that is alive.
Is Justin here to stay? Let’s hope not.