The other guys from Jersey. 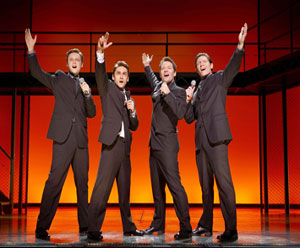 Is it too early to start thinking about next summer?

Dancap productions just announced that after years of deprevation, the Jersey Boys are finally heading west.Â  No, I don’t mean an all-male cast of The Jersey Shore, I mean the Tony award winning musical The Jersey Boys about the life and times of Frankie Valli and The Four Seasons

This has been on my list of things to see for a very long time, but every time I got myself to Toronto, there were always other shows that seemed like more of a priority.Â  I’ve heard nothing but amazing things about the show (my roommate has seen in 4 times), so the fact that I get to see it in my own back yard is going to be great!

Here are the dates:

On sale information will be released at a later date!
Click here to see a sneak peak at the show!