The MMVA nominations are in! 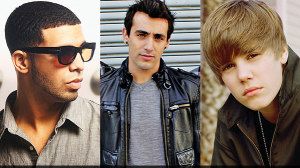 Everything is coming up Drake at this year’s MMVAs!

Hedley had the second most nominations with six. Â This is surprising since their latest album has pumped one disappointing song after another. Â And this is from a Hedley fan. Â Sigh Jacob, sigh.

My (secret) best friend Carly Rae Jepsen will be taking on both Bieber and Drake for the UR FAV NEW ARTIST. Â I’ll note that the boys have had huge studio support and massive publicity machines behind them, Carly has pretty much been doing it on her own. Â Just saying….

The MMVAs will air on MuchMusic on June 20th