The magical world of a Viking River Cruise at Christmas!

When it comes to Christmas, travel is pretty much unavoidable. Â Whether it’s trekking cross-country in busy airports or driving on wintery roads, heck even Santa needs a magical red sled. And for some, there’s cruise ships, which, while they are not magical, transport you to far off places filled with Christmas joy and yes, mulled wine. 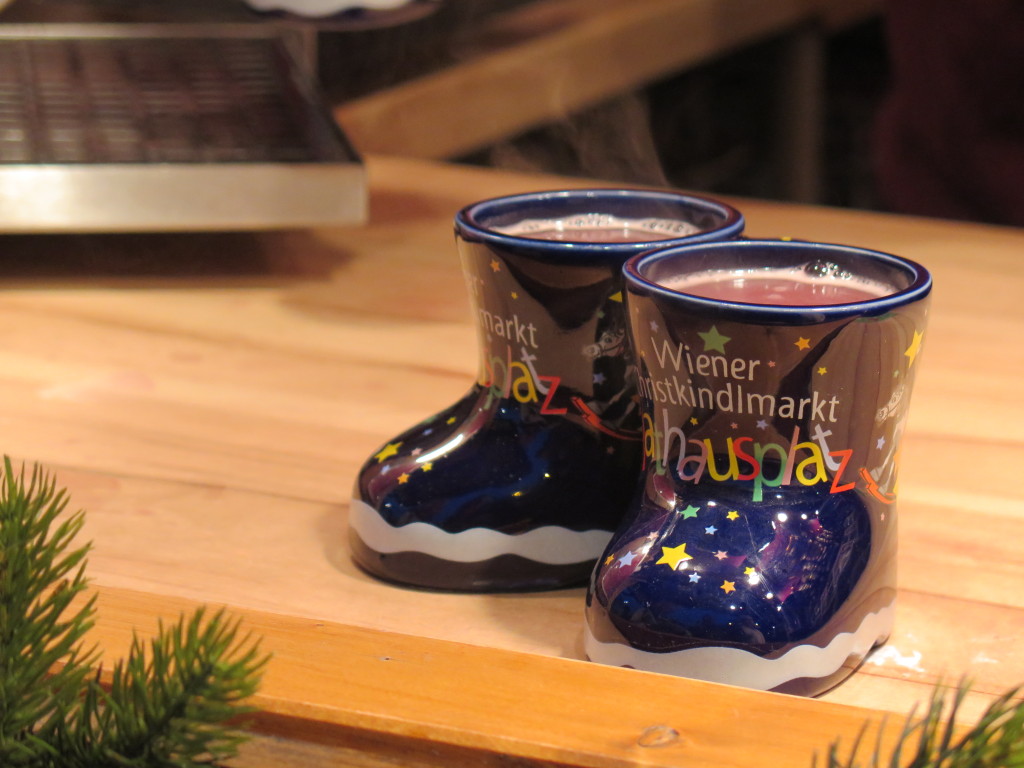 I’m talking of course of the Viking Cruise (yes, the one that advertises before Downton Abbey.) I’ve recently returned from a trip exploring the incredibly fun Christmas Markets along the Danube river and if I wasn’t before, I’m definitely feeling enveloped by the Christmas spirit. Â Okay, so some of that feeling could be attributed to the wine, but I’m not sure I’ve ever seen Christmas celebrated the way europeans do.

The Viking Christmas Market tour is an adaptation of their normal “Romantic Danube cruise”, which is a 8-day journey, which features stops in Budapest, Austria’s Wachau Valley, the unbelievably beautiful city ofÂ Vienna, and German villages, some which have existed for thousands of years. The cruise in December comes with the added bonus of exploring the city’s and town’s Christmas markets, which are packed with delicious food, handmade ornaments, music, lights and everything you’ve ever dreamed a Christmas market would look like. 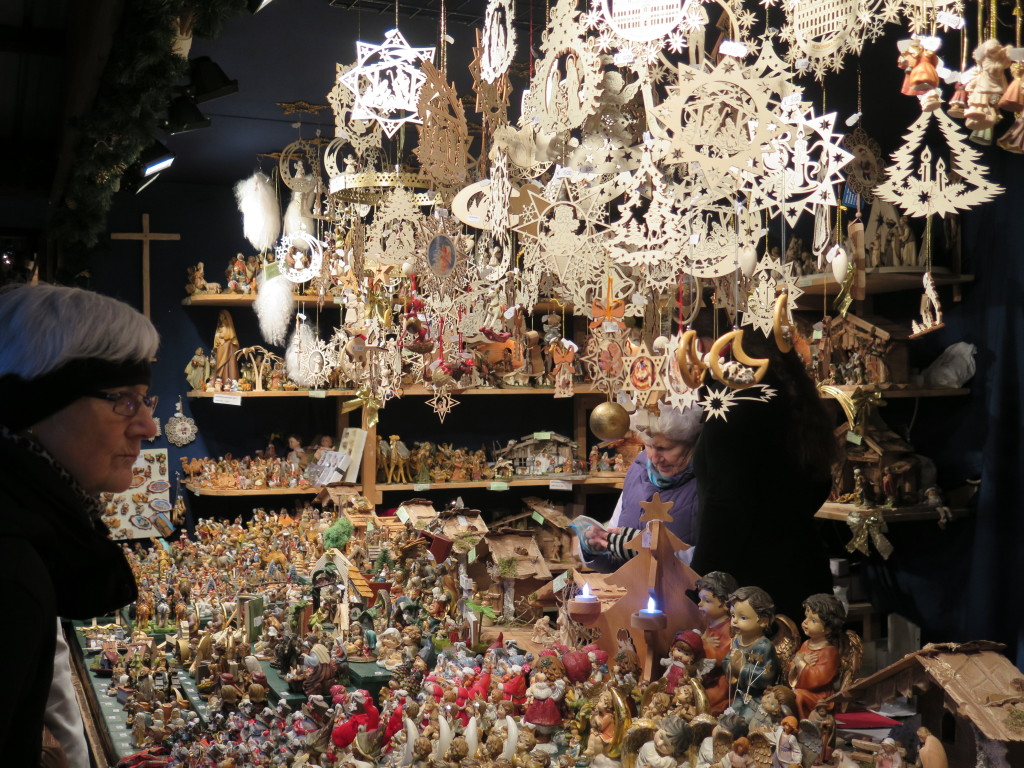 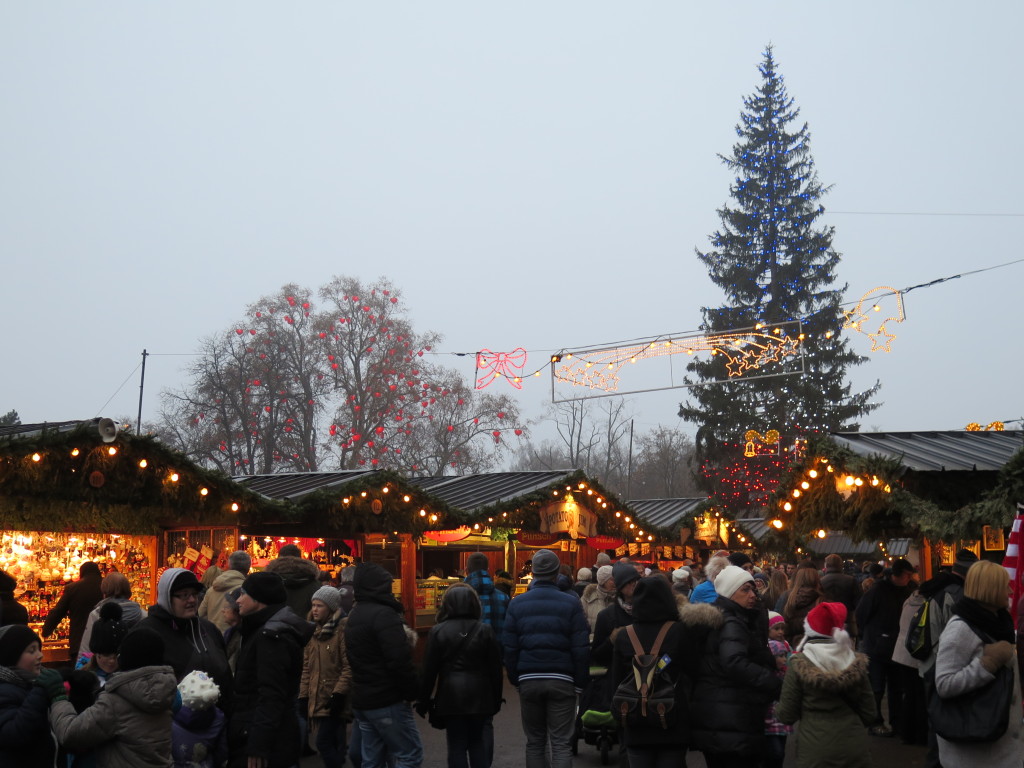 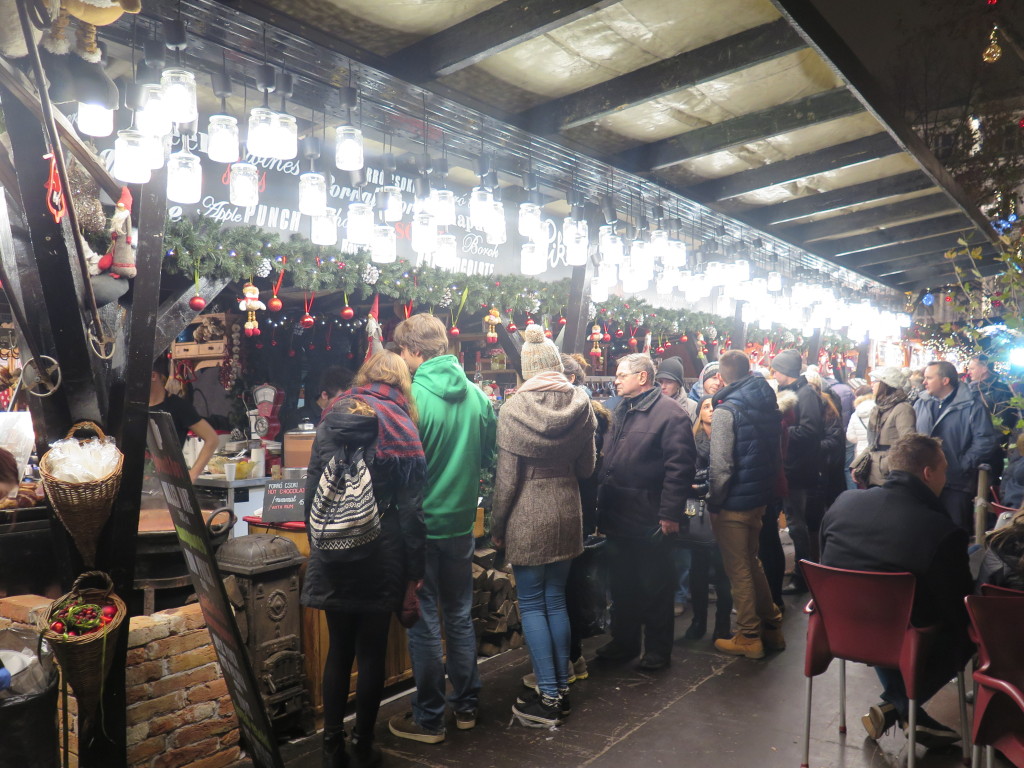 Since the boats often dock right in the middle of the city, these markets are often just outside your front door, making it incredibly easy to bring your Christmas ornament haul back to your room, and then go out for more. And I don’t use the word “haul” lightly. I think we may have come back to Canada with 50 or so ornaments. Â And that was us trying to be conservative. Â Every booth featured the kind of ornaments you can picture Charles Dickens hanging on his tree. True, classic Christmas ornaments. I couldn’t have loved the markets more.

And while we spend much of the trip wandering up and down the seemingly endless aisles of Christmas stalls, the fact that you also happen to be in some of Europe’s most historic cities, is just icing on the cake. As someone who likes taking photos, I’m often torn which I like more: The small european towns, featuring small cobblestone alleys, quaint cafes and quiet streets, or the bigger, and more cosmopolitan cities like Budapest and Vienna, which are so steeped in amazing architecture and history, you could spend months there and never fully see it all or even appreciate it. 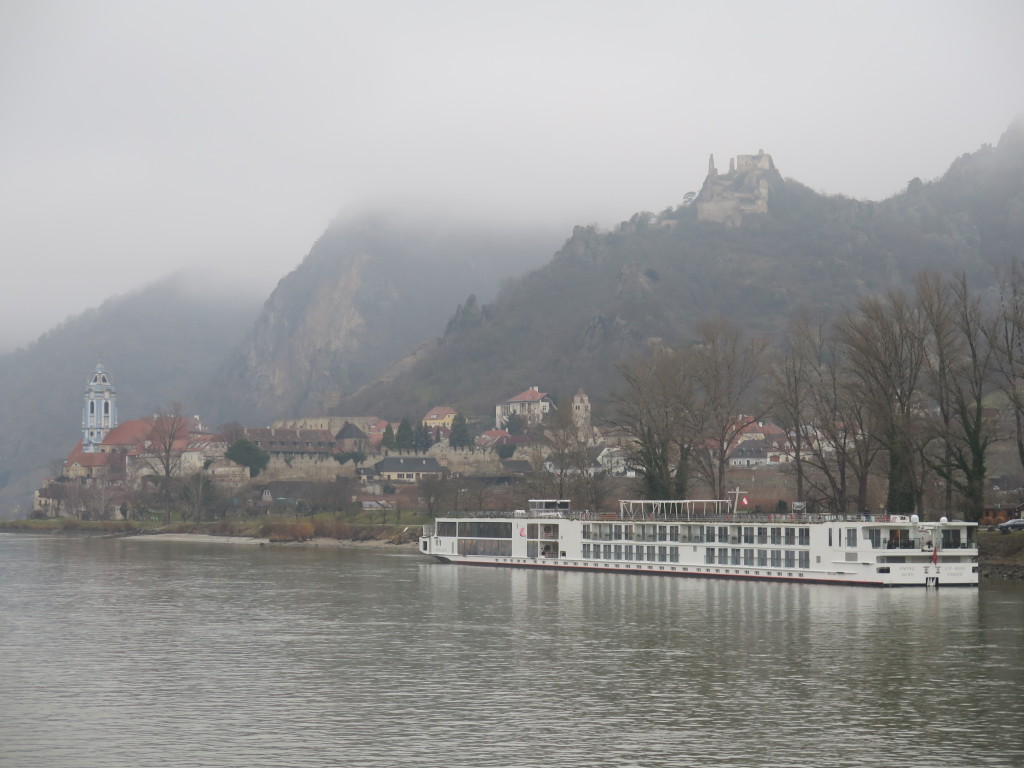 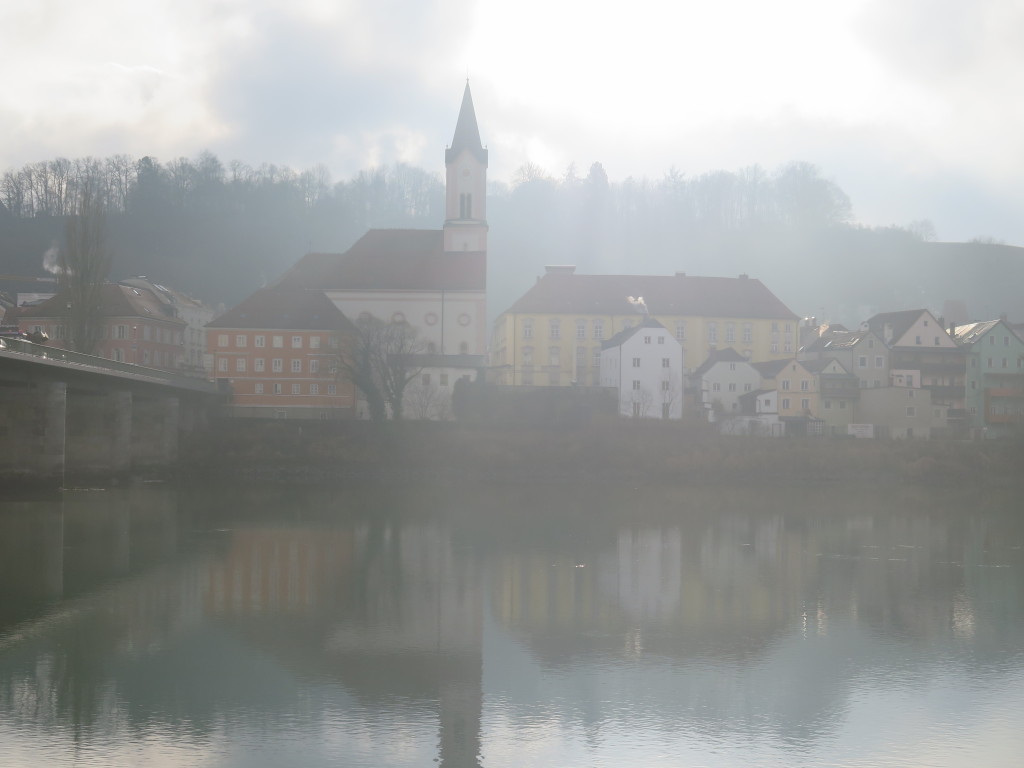 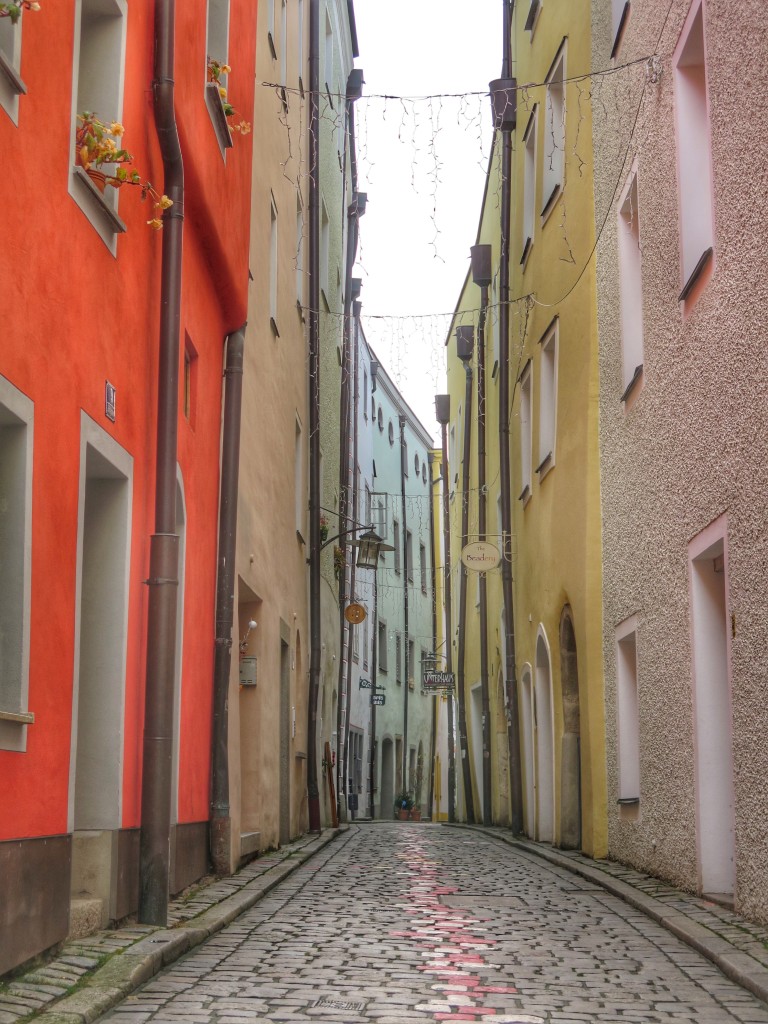 The thing that all these stops had in common were there beautiful decorations which saw Christmas lights strung down long walkways and alleys, and wreaths and other ornaments adoring basically anywhere they could. Â For as long as I live, these stops along the Danube will set the standard for me for what Christmas should look like. 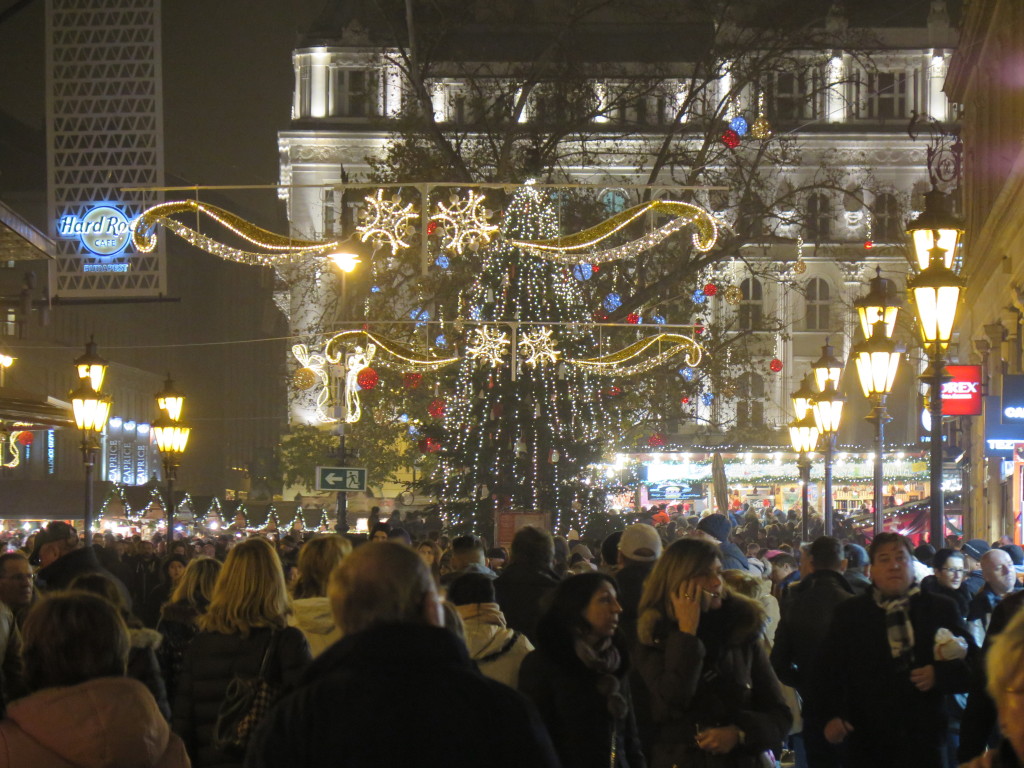 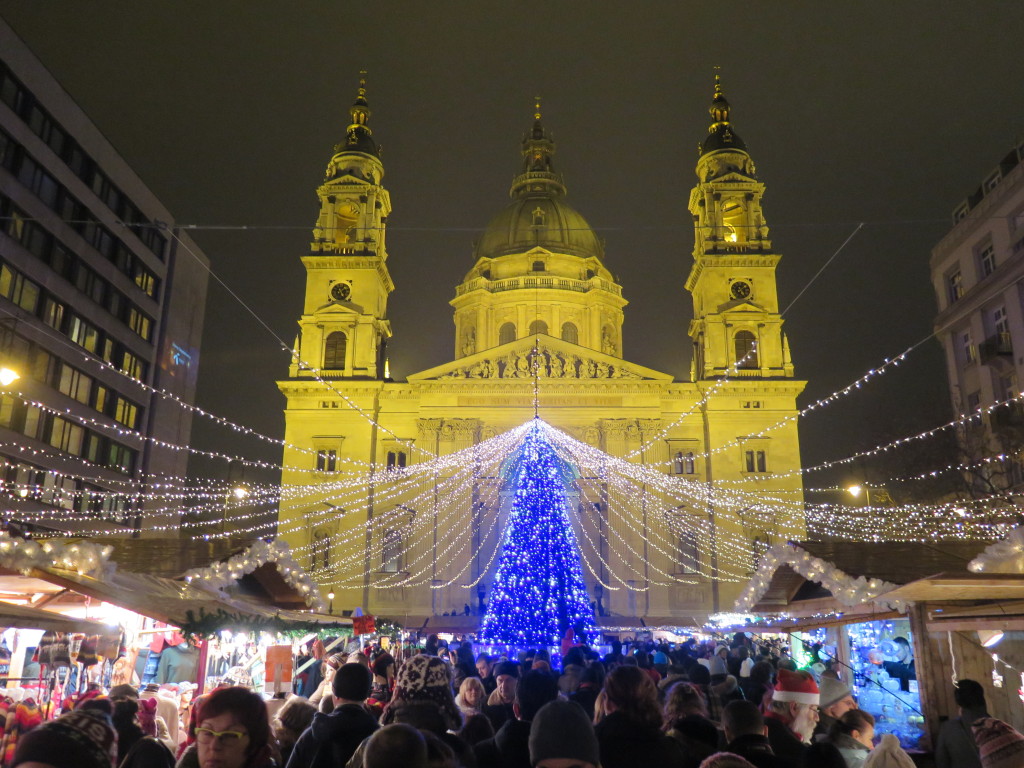 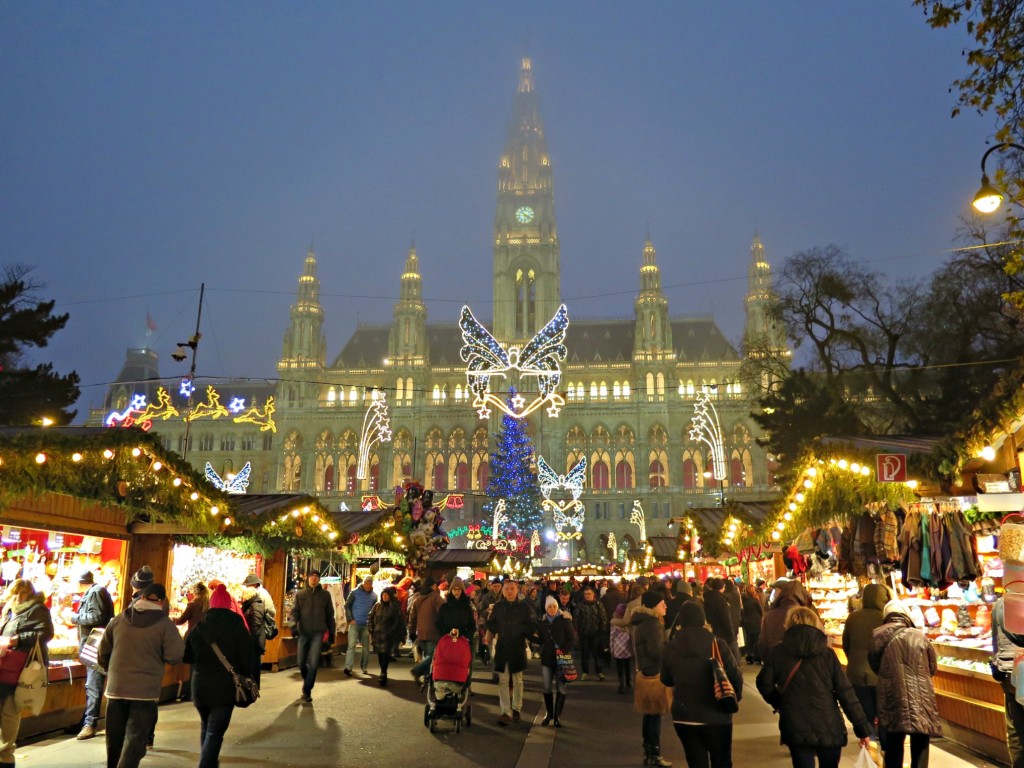 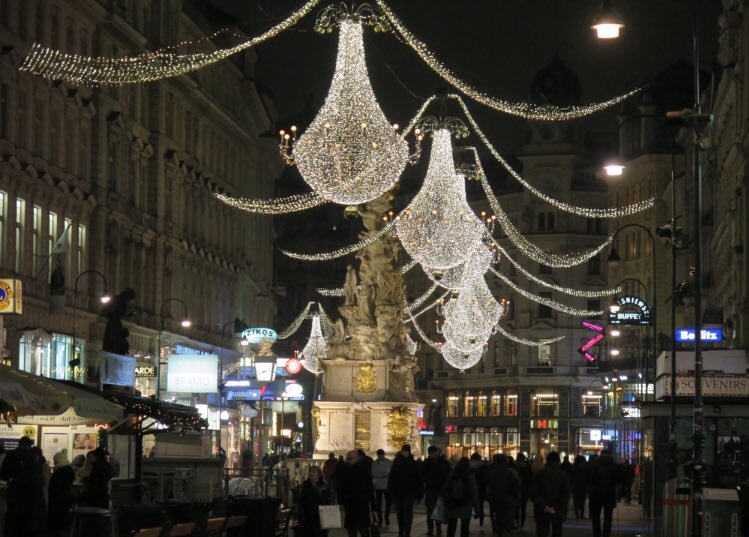 Every day I wake up and count my lucky stars, because this was actually my second Viking cruise that I had been on, plus my parents are sort of Viking regulars, so I’ve known for quite a while that while the European cities are great, often the best parts of your vacation are actually on the ship.Â Not that it’s any of my business, but I’ve always found the “cruise” part of Viking Cruise a bit of misnomer. Because, while you do in fact cruise down Europe’s historic rivers, the world is also filled with a different type of cruise experience, which have perhaps sullied the word cruise. 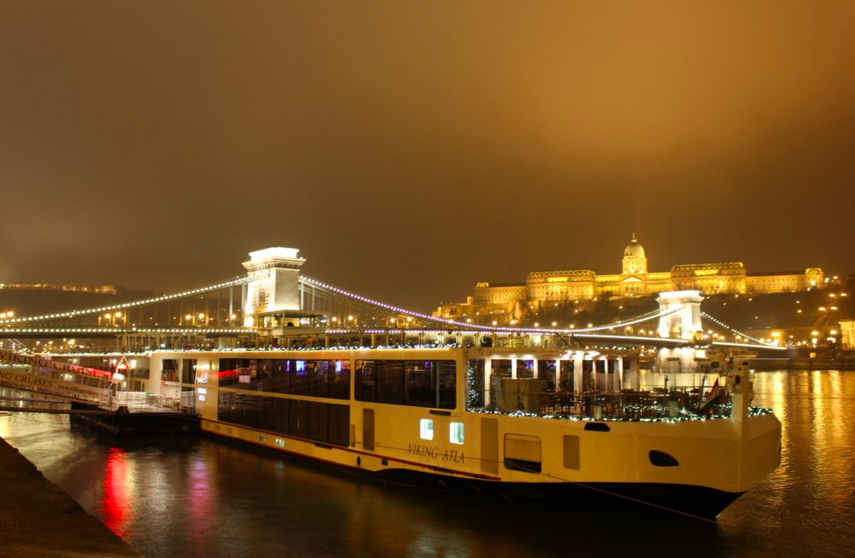 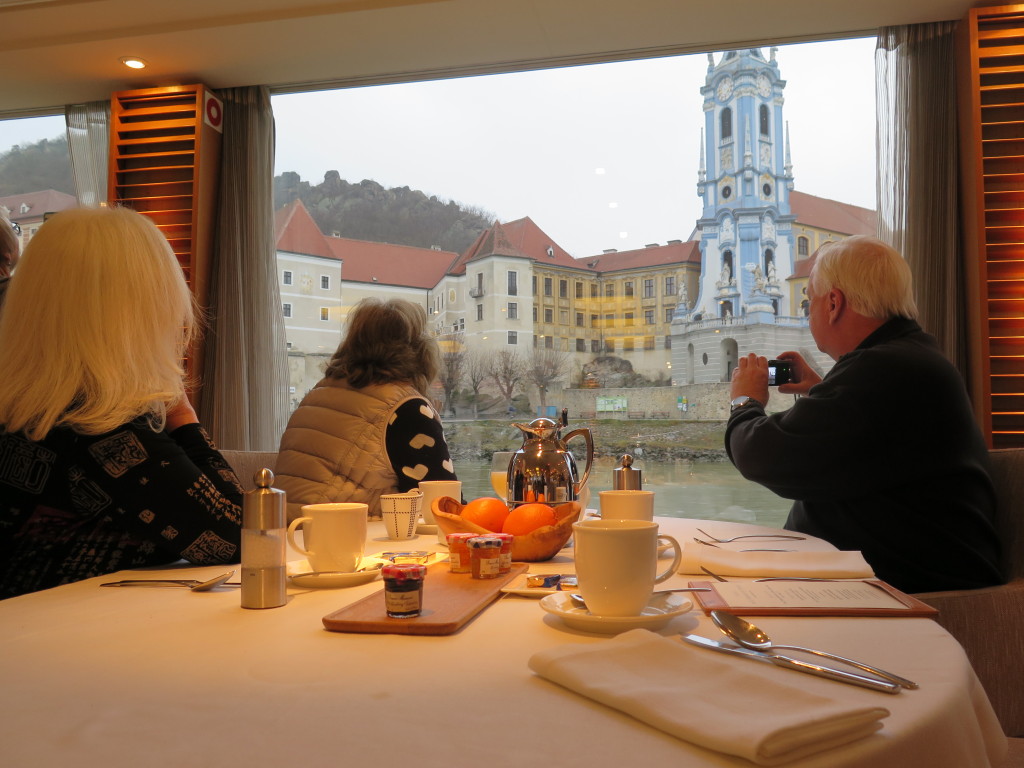 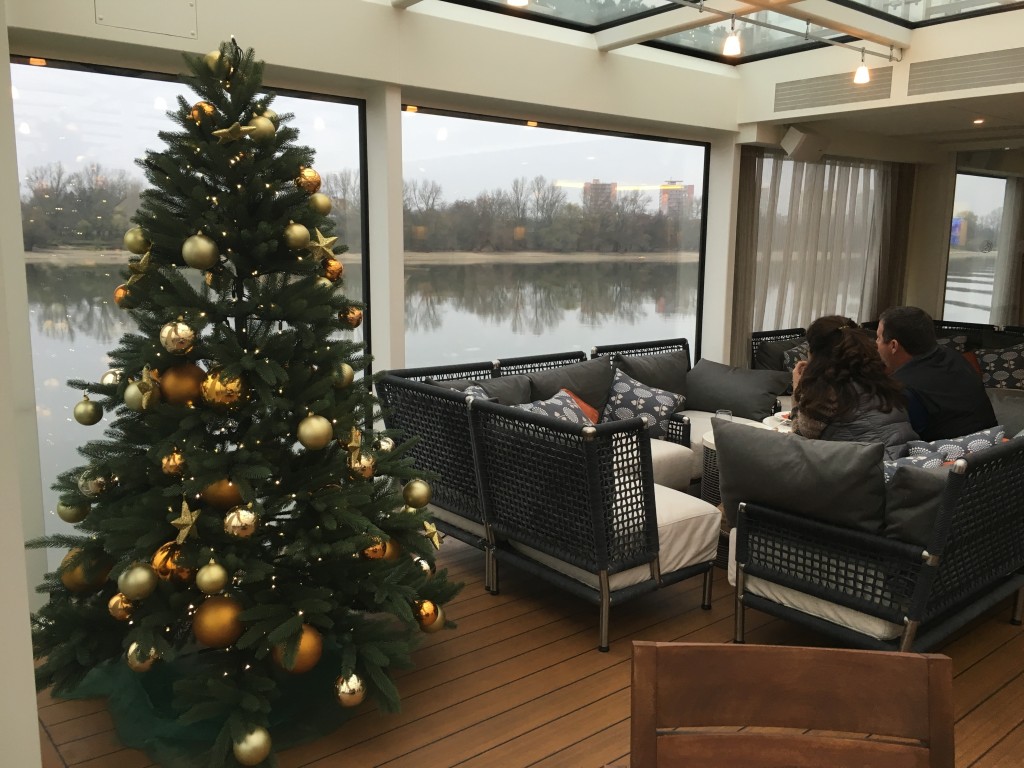 These stunning Viking Cruise long ships aren’t packed with 5,000 people, nor do they feature a single Elvis impersonator. No, instead picture a completely relaxing five star hotel, with around 200 passengers on board that docks in the centre of some of the continent’s most historic and beautiful cities.

Here’s a quick tour of our room:

The part that continues to surprise me about the cruise is just how smooth it is. Because you’re on a river, you’re not often (or ever) dealing with waves. Both times, I never heard of anyone feeling sick from being on the boat, which if you’ve ever been on a boat, you know is a rare experience. Almost every night, I’d say: ‘Oh, I thought we would have left by now.” Only to open the blinds and see that we already had. Oh and speaking of being on the boat, as someone who loves to explore cities at night, it’s important to know that you don’t spend every night cruising the river. Some nights you spend docked, so you can stay out all night if you want, or sometimes it leaves later at night, so you can still get out and enjoy the sights and the sounds of a bustling european city or quaint village, and still be back on the boat with plenty of time. It’s really the best of both worlds.

We spent the day in the absolutely beautiful city of Passau, Germany. More Christmas markets, more mulled wine and more memories to last me a lifetime. That boat you see is our @viking_cruises ship. Talk about finding a good parking spot! #vikingsocial A photo posted by Mike Morrison (@mikesbloggity) on Dec 10, 2015 at 6:35am PST

If you’ve been thinking about a Viking River cruise (and I know you have), I definitely recommend them. From the first-class service, to the stunning vistas right outside your window, they’re almost as magical as the Christmas season itself. If you’re lucky enough to combine the two, well then you’re instore for the what very well might be the best Christmas ever! 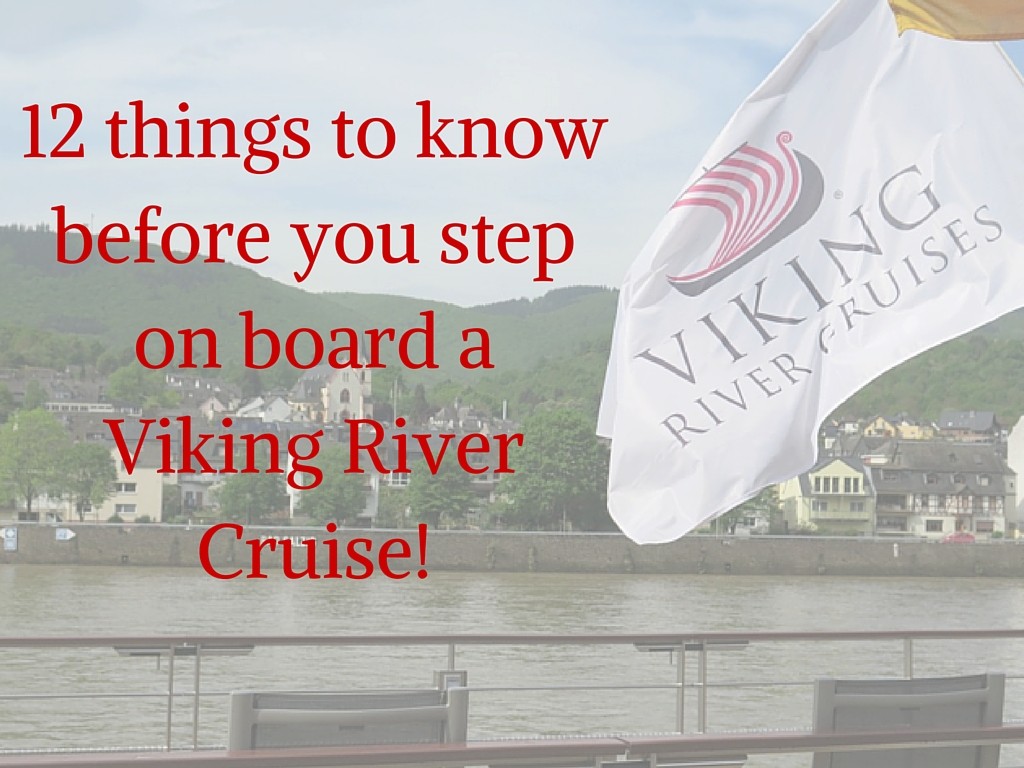