The long-awaited return of Serena Ryder! 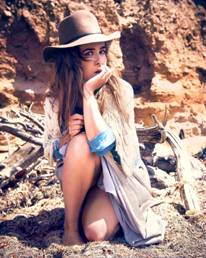 It seems like forever since Serena Ryder put out a new album, turns out it’s only been four years, which is a long time if you consider that people like Rihanna put out an album every year…unfortunately.

If you’re like me and burned through “Is It Okay” a couple of dozens of times within the first week it was released, the wait for new music has often been long and lonely.I got a chance to see her perform at the Calgary Folk Music Festival this summer, but the moment was fleeting, and awesome. It was enough to tide me over, but not for long. However, today, it was announced that Ryder will be releasing her new album on November 13th. It’s called Harmony and the first single, “Stompa“, premiered on CBC’s Q this morning.

You can listen to the first single here and you’ll be able to download it on October 9th. I love the song already, what do you think?

Welcome back Serena, it’s been too long!