The Junos! (From my hotel room.) 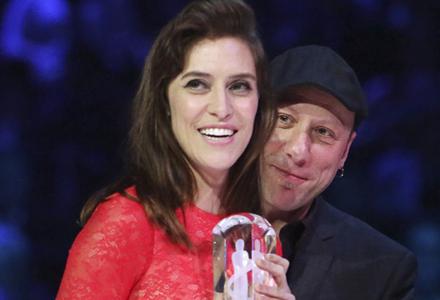 Yesterday was a weird experience for me.Â  It was the first time in five years that I wasn’t backstage at the Junos, which took place last night in Ottawa and were hosted by William Shatner.

Instead, this year I find myself in Banff, Alberta covering the Live! with Kelly show tapings, which was a happy coincidence after I decided that I wouldn’t be making the sojourn to Canada’s capital.Â  So instead of being caught up in the hustle and bustle of a busy awards show, last night, I was nestled in my comfy hotel room bed, eating a fruit cup and watching the Junos in my pajamas. Definitely not a look for any red carpet.

Because I was in the hotel, I didn’t have time-shifting capabilities, which means that I had to wait until 9:00pm to watch the show, which at that point, was no longer live. Many of the results had already been spoiled for me on Twitter, which I think is the strongest reason why CTV should look at airing the show live coast to coast.

Because of the later airtime and the ridiculously comfy bed, I actually only made it through the first hour of the show, before promptly falling into sleepy blogger land. I was sorta bummed to fall asleep, because I’m normally a huge fan of the show and the attention it brings to Canadian music. 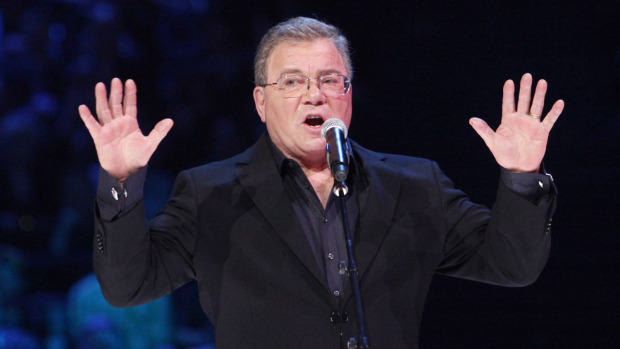 From what I did see, William Shatner has an amazing amount of energy, that helped carry a show that sorta felt unorganized.Â  There were too many moments of people just standing on the stage, looking around, seemingly unaware that they were still on TV. Were there prompter problems?Â  Not enough practice?Â  Those are things we’ll never know and I’m not even sure a casual Juno award watcher would even notice, but for me, the show lacked the tightness that it usually has.

Judging from I read on Twitter, Feist City and Colour, Blue Rodeo and Hey Rosetta! were the night’s top performers. Unfortunately, I missed all of those performances, I did catch the opening act of Nickelback, which wasÂ  plagued with some audio troubles (insert your own joke here) and the mix-tape performance which wasted Dragonette by making them share the stage with mediocre performers like Alyssa Reid, Mia Martina and Anjulie.Â  If there was ever an argument about if technology has let bad singers become better than they are, this performance was it. I have to assume that these ladies can sing, otherwise they wouldn’t have a record deal, but there was no evidence of that last night.Â  Not that their tween fans would’ve ever noticed. 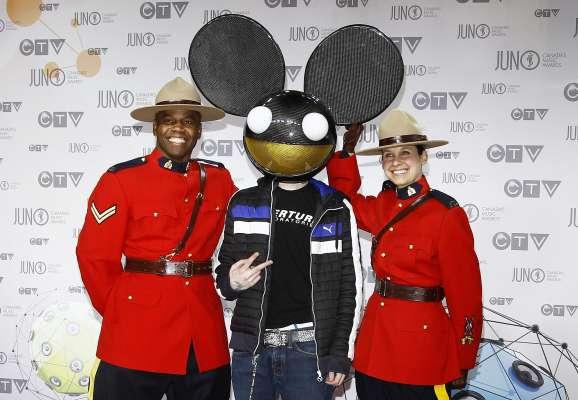 Even though the Junos are scheduled a year in advance, Michael Buble, Justin Bieber and The Sheepdogs all were unable to “clear their schedules”, which would make for a boring telecast when the artists that win the three biggest awards of the night are no shows. I’m cautiously optimistic that the talent would have been there if they really could have….right?

So did you watch the Junos?Â  What did you think?

Here is the complete list of winners from the entire weekend.

SINGLE OF THE YEAR: The Sheepdogs, â€œI Donâ€™t Know.â€

ARTIST OF THE YEAR: Feist

SONGWRITER OF THE YEAR: Dallas Green for â€œWe Found Each Otherâ€ and â€œWeightless,â€ from Little Hell.

DANCE RECORDING OF THE YEAR: Martin Solveig and Dragonette, â€œHello.â€

INTERNATIONAL ALBUM OF THE YEAR: Adele, 21.

NEW GROUP OF THE YEAR: The Sheepdogs.

GROUP OF THE YEAR: Arkells

COUNTRY ALBUM OF THE YEAR: Terri Clark, Roots and Wings.

ROCK ALBUM OF THE YEAR: The Sheepdogs, Learn & Burn.

R&B/SOUL RECORDING OF THE YEAR: Melanie Fiona, Gone and Never Coming Back.

BLUES ALBUM OF THE YEAR: MonkeyJunk, To Behold.

CONTEMPORARY CHRISTIAN/GOSPEL ALBUM OF THE YEAR: Downhere, On the Altar of Love.

JACK RICHARDSON PRODUCER OF THE YEAR: Brian Howes for Hedley, â€œHeavens Gonna Waitâ€ (from Storms) and Nickelback, â€œTrying Not to Love Youâ€ (from Here and Now).

VIDEO OF THE YEAR: The Sadies, â€œRumbleseat,â€ directed by Mike Roberts.

MUSIC DVD OF THE YEAR: Feist:Look What the Light Did Now.