The Hills: What happens now? 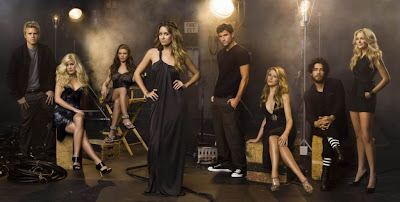 The Hills has we know it finally starts to wrap up tonight with the 5th (and last) season to feature Lauren Conrad. Taking into account the fact that Audrina has already signed a reality show deal with Mark Burnett, it looks like if The Hills does continue after season 5 it will be up to the Pratt family to carry it. Which will officially make it the most annoying show to ever grace our television screens before actually airing. Â I am making a promise right here. Â That if there is a Pratt Trifecta show (Stephanie, Heidi and Spencer), you will NEVER hear it from me. Â I will never ever take about it. Â Not once. Not even to discuss how much I hate it. Â You can take that to the bank.

So as Lauren gets ready to finally turn the cameras off, I think the ones that will be hurt the most our are dear friends at MTV Canada. Â A lot of Canadians don’t know this, but the Hills:Aftershow is the only Canadian production to be aired on the mothership of MTV. Â The Hills essentially gave MTV Canada a chance to shine and show off the talents of Jessie Cruickshank and Dan Levy. Â And although I never did get that invite to be apart of an episode of the Aftershow, it was great to see Canadians get such a huge international spotlight for an even huger show.
So if you ever wonder why the hell would anyone ever inflict us with someone like Lauren Conrad, you can sleep at night knowing that she kept many canadians employed. Â Maybe Harper should have a chat with her too!
dan levy, mtv canada