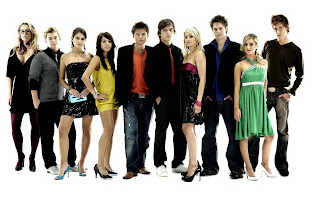 I almost made it a couple weeks without having a crappy reality show in my life. But then I accidently watched the second season premiere of MTV’s Living on the Edge and now I’m hooked.
If you haven’t heard of this show, it’s essentially The Hills: UK. Which means it’s absolute crap and rubbish. This also means it’s awesome and I already season passed it on TIVO.
I especially love that that all the characters are subtitled, you know because they are speaking English. Apparently we need english subtitles to understand english.
God I love MTV.
Thanks for ruining/making my summer Living on The Edge.
Watch the first episode (or the entire first season) on MTV.ca