The Hills Finale: The Recap you've been waiting for! 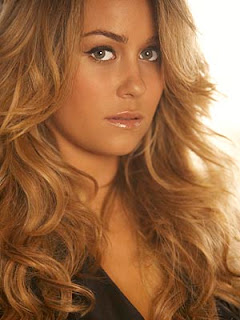 So we finally got treated to The Hills “season” finale.
Didn’t watch it?
Won’t have a chance to watch the 10 million repeats of it that will air this week?
No worries, I got you covered.

So here is a quick round up of the final moments:

-Audrina did nothing, said nothing.
-Whitney gets to go to Paris
-Lisa Love finally invites Lauren to go to Paris, but not before telling Lauren that she ran away to Paris when she was 15 and knows that Paris will be life changing for Lauren.
-Brody admits he wants Lauren to stay.
-After getting Kim to lie to Spencer about her whereabouts, Heidi and Spencer decide they need to give each other space. During this scene they each used the word “space” 48 times. It was awkward.
-Audrina still doing nothing.
-Heidi decides to go to Colorado.
-Apparently she is driving there!
Here are tonight’s top 5 best quotes from the big show:

“I think Lauren had her chance to go to Paris” – Lisa Love
“I feel like I’m in a relationship with a 5 year old”–Heidi (about guess who)
“Stupid Jason” –Lauren (about regretting her season 1 decision)
“Have you ever been to Paris this time of year? Or have you never been?” Whitney (rubbing it in again)
“Sorry Spencer, Heidi went home” Kimberly (Heidi’s assistant) lying to Spencer about Heidi leaving the office. 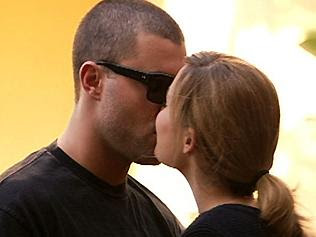 So the BIG ANNOUNCEMENT:

-In keeping with the theme that the Hills is fake the announcement was……..that this WASN’T the season finale, it was actually just a fall finale and the show will be back soon to show the girls in Paris!!!!!

You can only watch the preview at www.thehills.mtv.com
BUT don’t worry, I watched it for you:

After spending two whole days in Paris, Lauren finds out that Brody has a new girlfriend back in LA. This causes her to go on a French man hunt and meets friendly smoking French gentleman who takes her on a tour of the eiffle tour and a midnight scooter ride.
Meanwhile, after being confronted about her career aspirations by a fellow Teen Vogue employee, Whitney decides that the time has come for her to leave Teen Vogue!!! She tells Lauren she will talk to Lisa when she gets back to LA.

There was nothing about Heidi or Audrina!

That’s it, The Hills are going away for now!!!
What will I possibly talk about.

Check back, I bet I can come up with something…..