The Highs and Lows of this year’s Gemini nominations! 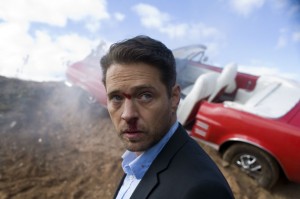 While Jason Priestly‘s Call Me Fitz was never a huge ratings it, that didn’t seem to stop the HBO Canada series from dominating this morning’s Gemini nominations!Â  The show picked up 16 nominations, which is especially impressive considering that the show has only been on for one season!Â  Among it’s many nods, Jason Priestly was nominated for Best Actor and the show for Best Comedy.

CTV’s Flashpoint has a lot to celebrate this morning!Â  The show, which also airs on CBS, picked up a total of 17 nominations including best drama and best leading actor in a drama, for Enrico Colantoni.

The Geminis also fixed a huge wrong from last year, and nominated Being Erica’s main lady Erin Karpluk.Â  Fans will remember that after winning Best Actress two years ago, she wasn’t even nominated last year.

Also of note, Angela Asher and Peter Keleghan are both nominated for their roles in the now canceled 18 to Life. Being canceled didn’t seem to stop Showcase’s Endgame from being nominated for Best Drama either.

The Gemini’s will be handed out in Toronto on September 7th.

18 to life, being erica, call me fitz, flashpoint, geminis