‘The Glee Project’ is perfect…if you can avoid spoilers. 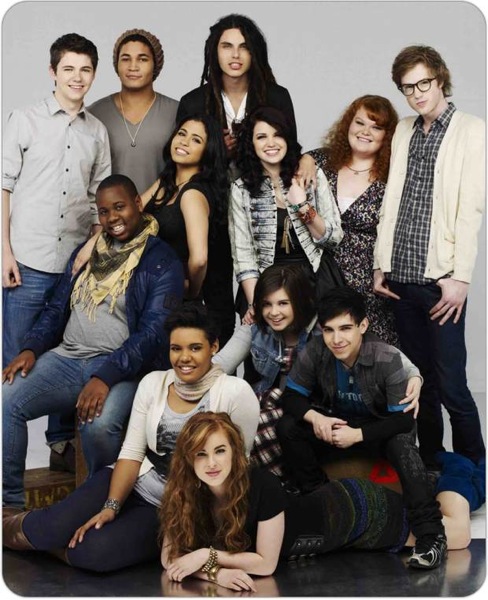 More than any kitchen show, race around the world or faked romance, there’s only one reality show that I’m watching this summer, that has me absolutely hooked:  The Glee Project.

The show airs on the Oxygen network in the States and Slice here in Canada…but I’ll get to that later.

What’s most surprising about this show, is the fact that I like it at all, I mean I could barely stand this past season of Glee, let alone a reality show about the finding a new cast member.  But as it turns out, most episodes of this series are better than a handful of Glee’s combined.   The competitors are good, they can all sing reasonably well and happen to be great performers. The cast is a genuine mix mash of people who would be in a real Glee club.  Some are geeky, others cute, but all are good TV.

So for the most part, the show is exciting. The challenges are also intriguing and give the viewer a chance at seeing how the musical numbers of Glee are really put together. The vocal and dance rehearsals culminate in a music video that showcases the best…or wort of the contestants.

A more cynical writer might think the way the contestants get cut from the show (not being “called back” and then forced to sing a musical number) is cheesy, but I really like it and it feels like it would, if they happen to be casting a real Broadway show.

But there’s a problem:

Since its debut, the Slice network has been airing The Glee Project with a week delay, which for a show that heavily using  social media to promote itself, is super frustrating here in Canada.  Do you know how hard it is to avoid a spoiler about who got kicked off a high-profile reality show for almost an entire week. Well, so far, it has proven impossible. Every week, I have to wait patiently for Slice to air a show that has already been on for an entire seven days below the border.

The finale of The Glee Project airs this weekend…in the USA. But we’ll have to wait an extra week.  My request is this:  Can’t Slice double up and air the finale at the same time?  It would make it so much more exciting and I checked the Slice network schedule and I’m fairly certain everyone would be okay if Wedding SOS was bumped a week.

Slice, I’m writing this post in the hopes that you’ll be able to do something about it before Sunday, because the geeks that like potential Gleeks, need a little help sometime.