The Genies and Geminis are getting a makeover! 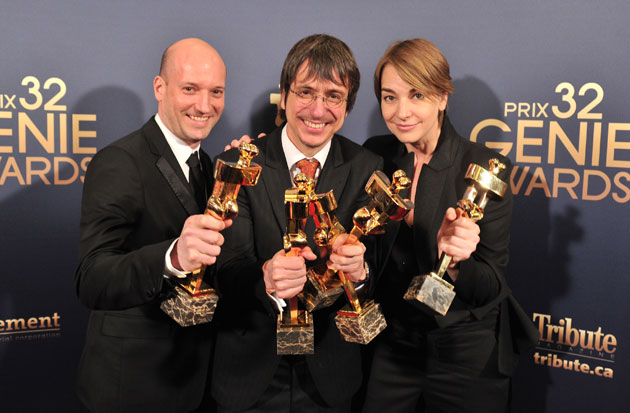 You know how you can never tell the difference between the Genies and Geminis?Â  Well, now you don’t have too!

The Academy of Canadian Cinema & Television announced this morning that it will unite its film, television and digital media awards into one gala event with a live prime time broadcast, Sunday, March 3, 2013 on CBC.

I love, love, love this idea!Â  Besides the Junos and the MMVAs, award shows have never really done well in Canada and to be fair, the ones that do well are laced with huge international stars and production numbers.Â  Combining the Genies and Geminis means that more Canadian productions will be supported in what will likely be a bigger (and better) show. The show will likely benefit from the added buzz of combining industries, much like The Golden Globes do!

Fret not, with the number of award shows being cut in half, those who star behind the camera won’t be left out. On top of the big gala event, a series of celebrations of Canadaâ€™s screen industries leading up to the gala will include industry awards presentations and special events.

No word yet on what the new show will be called, but I think we can all agree that The Degrassi Awards is really the only way to go!