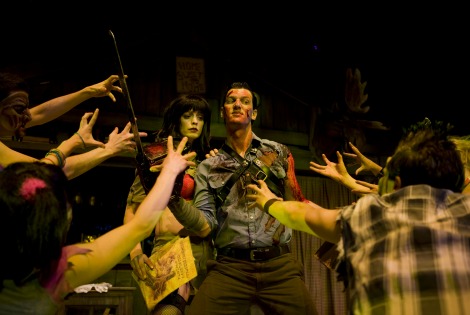 Calgary is known for a lot of things: The Calgary Stampede, traffic, proximity to the Rocky Mountains and wicked storms. But it isn’t really known for being evil…until today.

One of my favourite musicals of all time returns to the stage tonight and I couldn’t be more excited. Evil Dead: The Musical is returning after a three year absence and it couldn’t come sooner. This will be the third incarnation of the show I’ve seen, including the original production in Toronto.

So I know what you’re likely thinking, how could a musical based on the cult Evil Dead movies actually be worth seeing more than once? Well, luckily for you, I’ve been aching to make a list for a while now, so I’ll do it now:

-Hilarious:Â  Most musicals are not for everyone. People spontaneously breaking into song has never really had a huge reach across the population, but that’s because most people haven’t seen Evil Dead: The Musical. The show really isÂ  for everyone. Correction, the show is for every adult with a strong stomach. It’s funny, a little dark and biting. Pun intended. If you’ve been trying to get your significant other out to the theatre, this is the show to start with. 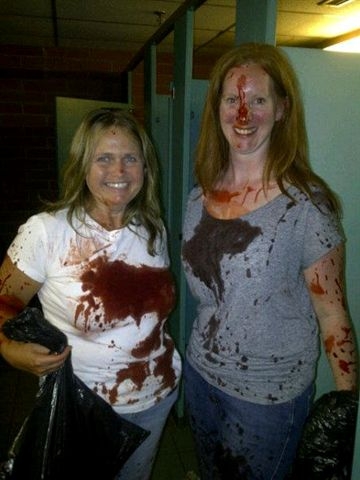 -Splatter Zone. You know how Sea World has the splash zone. Picture that, but instead of a 40-ton whale splashing you with water, Evil Dead: The Musical has zombies covering the first three rows with blood. I’ve never been brave enough to do it, but the last time I saw the show, someone was there in wedding dress! Not a fan of the blood, no worries, stay clear of the Splatter Zone and the zombies will stay clear of you.

-The song titles:Â  How could you not love a show that features songs like: “Stupid Bitch”, “Look Who’s Evil Now”, “What the f*** Was That”, “Blew That bitch Away” and “Do The Necronomicon.”Â  A Chorus Line this is not…thankfully.Â  (Fun fact: The soundtrack for the show is only $5.94 on iTunes.)

-Economical: Speaking cheap,Â  tickets for the show range from $25 to $60. There are also a limited nummber of â€œOBSTRUCTED VIEW RUSH TICKETSâ€ each evening.Â  These tickets are ONLY available in-person only, 1hr prior to each show at the Pumphouse Theatre Box Office.Â  Sure it’s a deal, but why be obstructed, trust me, you’re going to want to see every inch of this musical gorefest!

-The set: This production starsÂ  Alyssa Billingsley, Peter Fernandes, Brent Gill, Bart Kwiatkowski and Mallory Minerson, but the real star of the show is the set, which is actually the same set that was used in the original Toronto production. I don’t want to say too much, but let’s just say that it is KILLER.