The end of Canadian television?

>Canadian TV takes quite the hit this weekend with the series finales of two of our countries biggest TV shows. 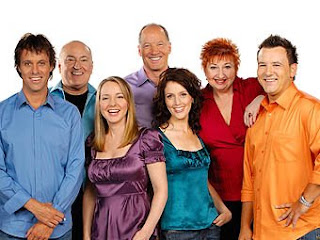 Canadian Air Farce wraps up tonight after being on the television for the past 15 years! Although, it almost seems like I don’t remember a time when this show wasn’t on. Here’s hoping CBC has something up it’s sleeve to replace this Canadian classic. And no programmers, it isn’t Sophie. 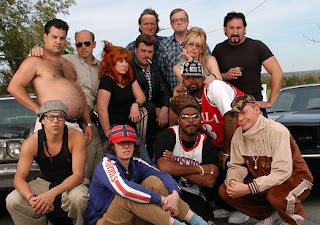 Then on Sunday night, Canadians bid a fond farewell to the ever trashy Trailer Park Boys, (it will be competing against the finales of SYTYCDC and The Amazing Race!) I never really got into the Trailer Park Boys but I know it was a huge cult hit and it employed a lot of Maritimers, so it will be sad to see the go to the big trailer park in the sky!!

In the new year we will also be hit with series finale of Corner Gas, which will leave exactly one quality Canadian show on television…..now if I could just remember the name of it.