Today will forever be known as the day the ginger died.

Anne of Green Gables is probably one of Canada’s most famous literary characters.Â Â  From books, to TV shows, musicals and movies, Canadians have read every details of Anne’s life, thanks to the beautifully written books by Lucy Maud Montgomery.

More than growing up on PEI and constantly getting in trouble, Anne Shirley is known for one thing in particular, her red hair. In fact, if you go to PEI, almost every store sells red wigs with pigtails, just so people can look like Anne.

Well, that was then, and blond is now.Â  Rather quietly,Â  Amazon is now selling a reprint of Anne of Green Gables and let’s just say she has a little bit of a different look. Yup, she’s blond.Â  BLOND.

The new cover was first published back in November, but it wasn’t untilÂ @AlysinWonderland tweeted about it, that people really started to take notice. Now, publishers are pretty much guaranteeing the wrath of fans from all around the world. And let’s be honest, most of them will be from Japan. 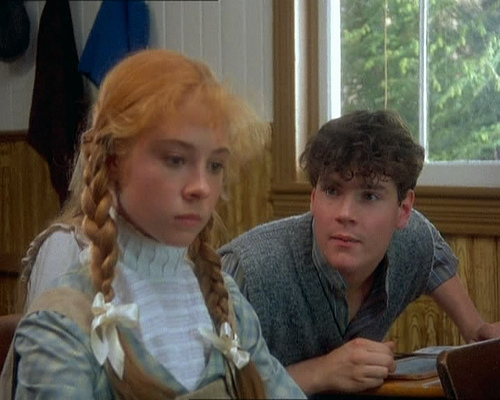 If the blond hair isn’t bad enough, I’m pissed about the whole “sexification” of Anne of Green Gables.Â  This cover is so ludicrous, I’m half expecting a sexy vampire to be lurking in the background.Â  Tweens who pick up this book, hoping for a Twilight-like tale, will be sadly disappointed, but they’ll be relieved when they are essentially being tricked into ready a book that is actually good.

One of the most famous quotes from the 1985 Anne of Green Gables movies when, she said: “Mrs. Hammond told me that God made my hair red on purpose and I’ve never cared for Him since.”Â  No word if that line is in this new book, which certainly that would confuse the readers.Â  I don’t dare pay for this edition, for fear that they’ll reproduce other Canadian fictional icons. The Raccoons will soon be the The Doggies, Mr. Dress Up will soon take place in a Holt RenfrewÂ  and the kids on Degrassi will soon be hot! Okay, that last one has already happened, but you get my point.