The Day I Won Celebrity Balderdash! 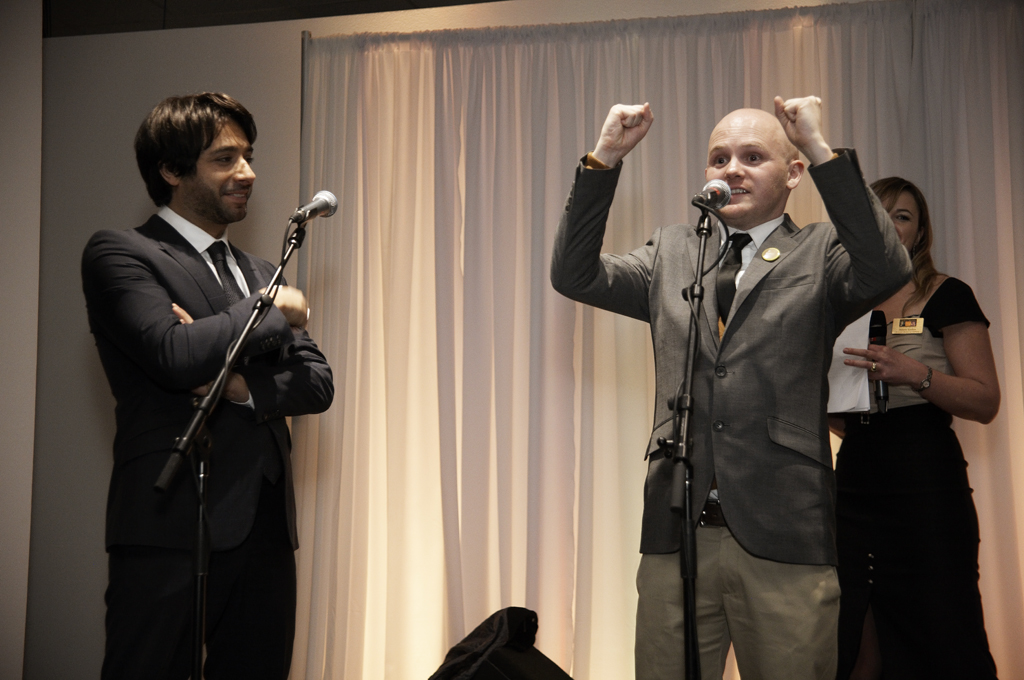 Before you start reading this, know one thing:Â  I know that I’m not a celebrity.Â

This past weekend, I got the chance to play Celebrity Balderdash with two people who make my palms sweat: CBC’s Jian Ghomeshi and West Coast editor of the Globe and Mail Shelley Youngblut.Â  It was all a part of the Glenbow Museum’s annual fundraiser.

This year’s event was called Schmancy and it brought together all sorts of people from different fields in Calgary for a once a year party that had lots of food, music, fun times and crazy hats.

My favourite part of the night was definitely the Celebrity Balderdash.Â  It was a tense competition that saw the three of us play the game of lies and trickery, but instead of funny words, we had actual historical artifacts from the museum to play with.Â  The rules of the game were that we had to convince the sold out crowd and the judgesÂ  (City of Calgary’s Chima NkemdirimÂ  and W.Brett Wilson) that we were telling the truth about the often made up definitions.Â  At least that’s what I thought the rules were.Â  The whole thing turned into a popularity contest and let’s be honest, it’s impossible to beat Jian Ghomeshi in a popularity contest.Â  When the dust settled, I thought the tremendous applause for the host of Q meant that he had won, but thanks to rules that no one really understood, I ended up with the whole thing.Â  Needless to say, it was shocking…and AWESOME!

The night was definitely a good time and it’s not very often that I get to dress up, so that was a really cool part too.Â  I’m proud to say that I pulled together that whole look for under $100.Â  Although I live in Calgary, I’m still a (cheap) maritimer at heart.Â  Schmancy was a big success and I can’t wait for next year! 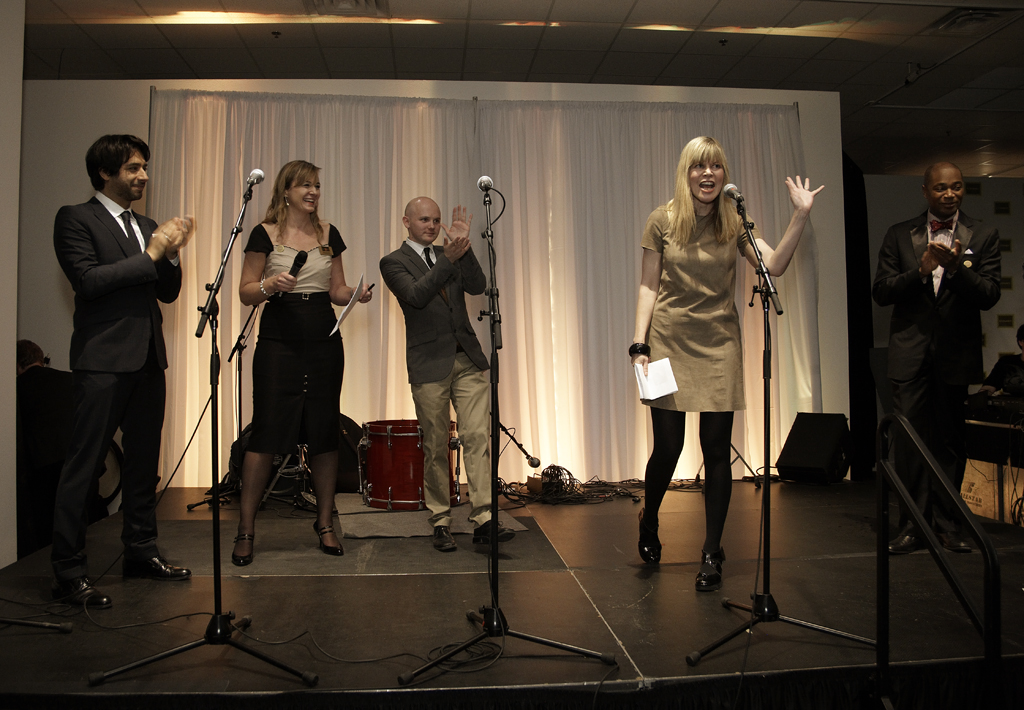 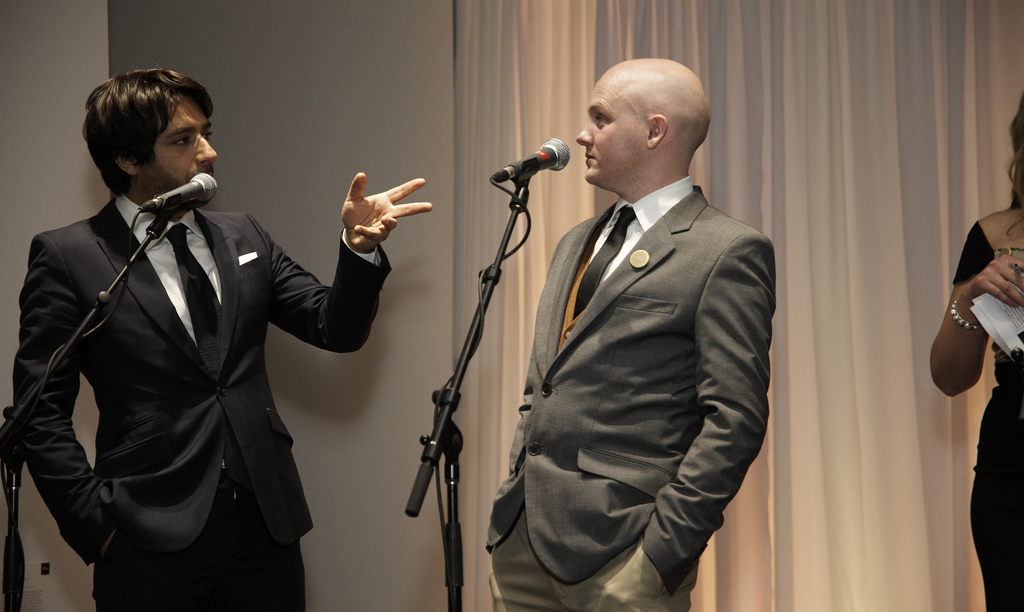 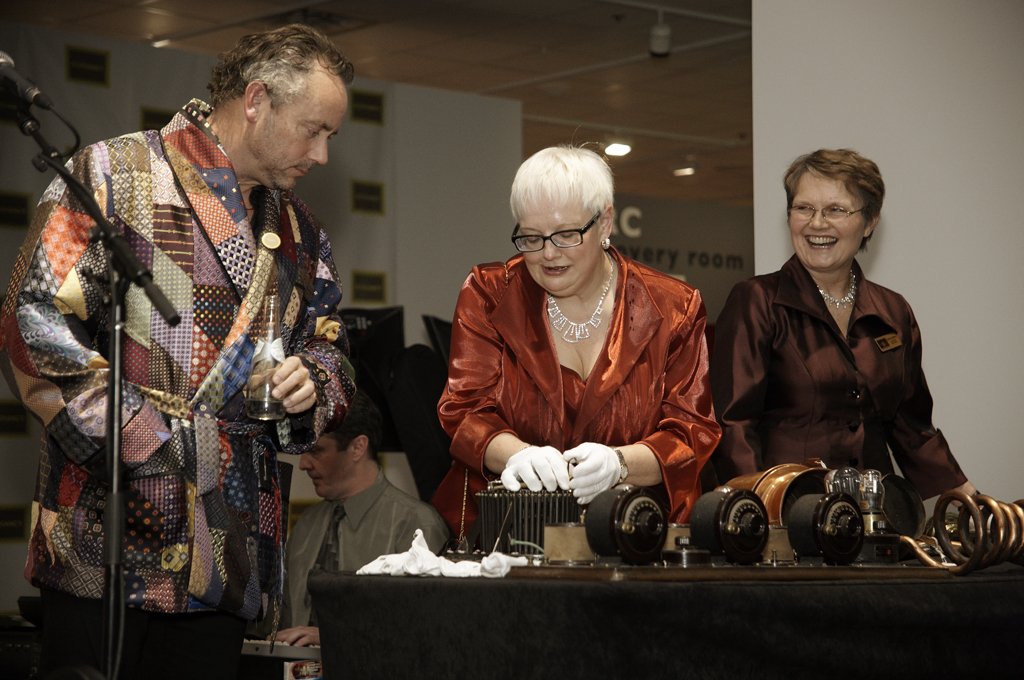 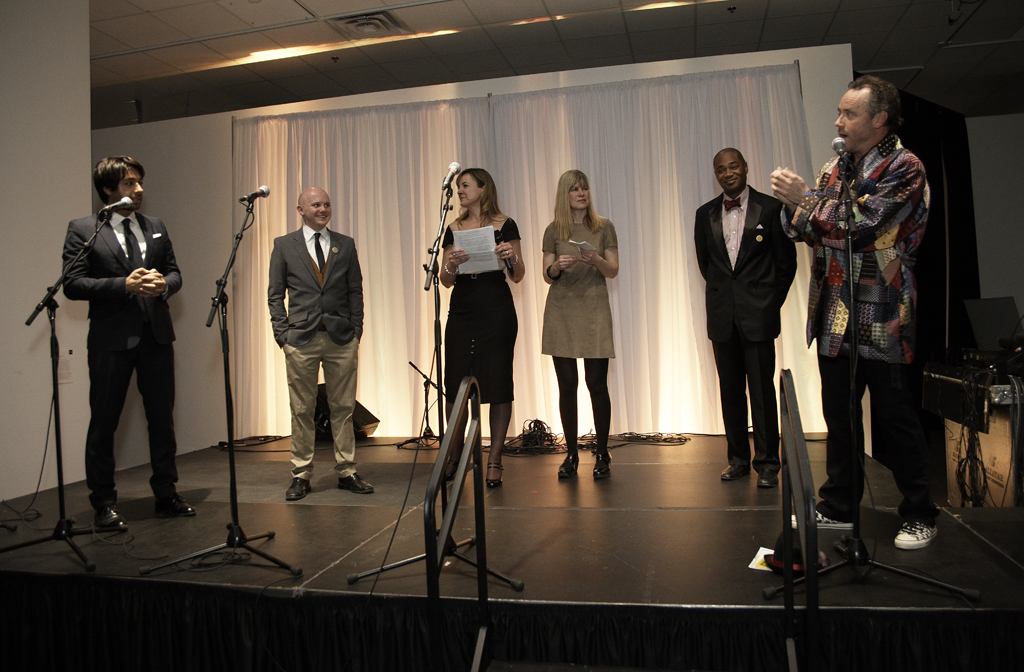