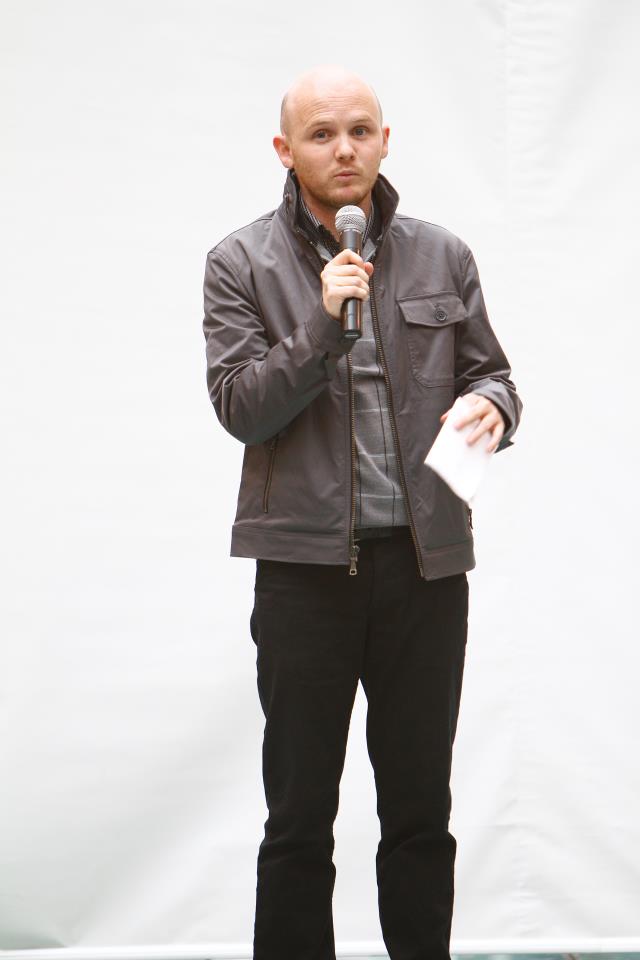 Today was definitely a day of firsts. Most notably, I hosted my very first fashion show.Â  Yes people, it’s true.Â  I initially thought I was indeed the last person on earth, but The Core insisted they wanted me to host their Fall Luxury Fashion show.Â  I was immediately concerned because, I’m not definitely not the most stylish person around.Â  (Don’t let the outfit fool you, that was crafted together by a team of 15 of my friends.)

But when the moment came to start hosting, it was actually quite fun.Â  If I wasn’t nervous enough, The National was there filming Mayor Nenshi has he watched the show, now I fear that Ian Hanomansing, thinks I represent Calgary fashion.Â Â  But in the end, everything went off without a hit.Â  I even learned that there was a store called BCBG.Â  How crazy of a name is that? 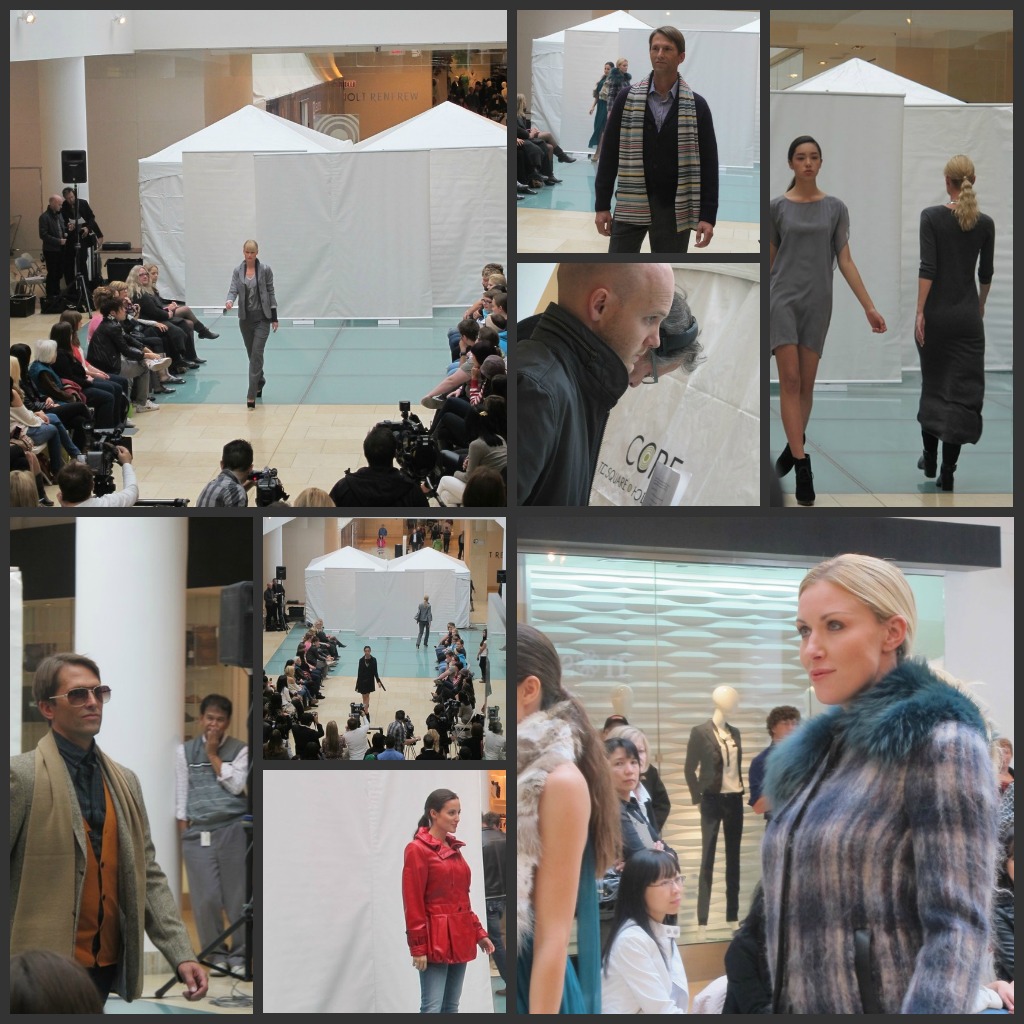 When the glitz and the glamour of the fashion show was over, it was time to announce the winner of the Core Mini Challenge. All week long, I had done every thing I could to make sure that I got the most photos of the now infamous Core Mini.Â  I took it to Flames Games, 17th Avenue, Business parks, shopping centres, you name it, The Core Mini was there.Â  Sometimes I was even lucky enough to be followed by the Perogy Boyz and Fiasco Gelato food trucks, who wanted to lend their support.Â Â  It was an amazing (and exhausting) week. But would it be worth it?

You can only imagine my shock and surprise, when Randy Ferguson, Vice President of 20 Vic Management from the CORE announced that Mike’s Bloggity Blog had won and I got to give my $5,000 prize to Kids Up Front. 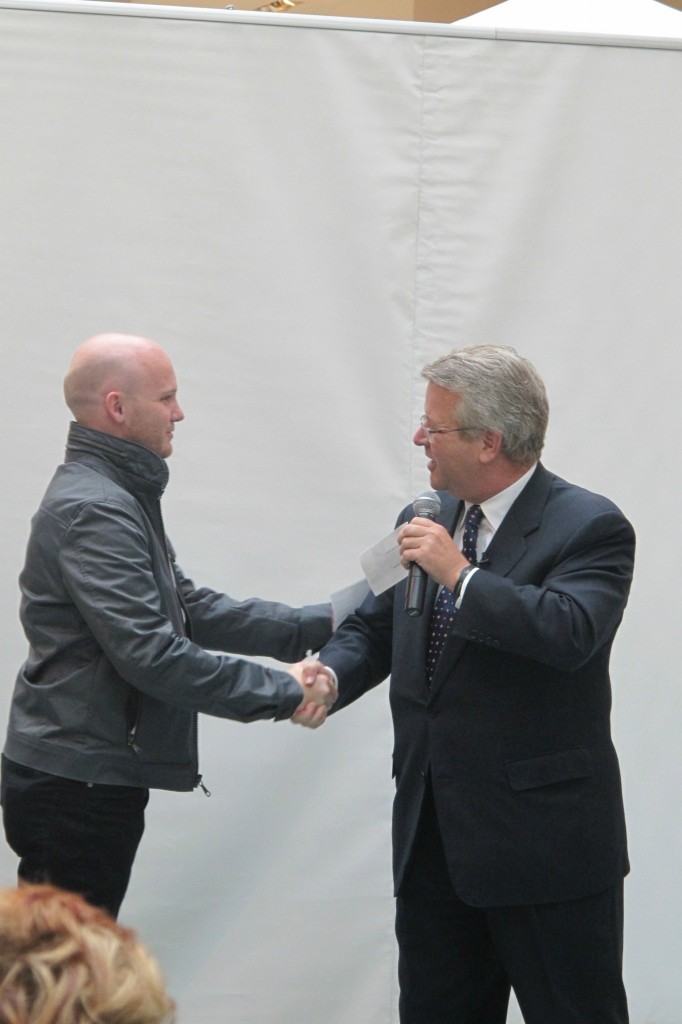 I shockingly did not cry in public. Wow.Â  But was it ever an amazing feeling!Â  They handed me the check and I immediately ran over to Kari Scarlett from Kids Up Front and gave her the check, it was probably the best feeling that I’ve ever had. 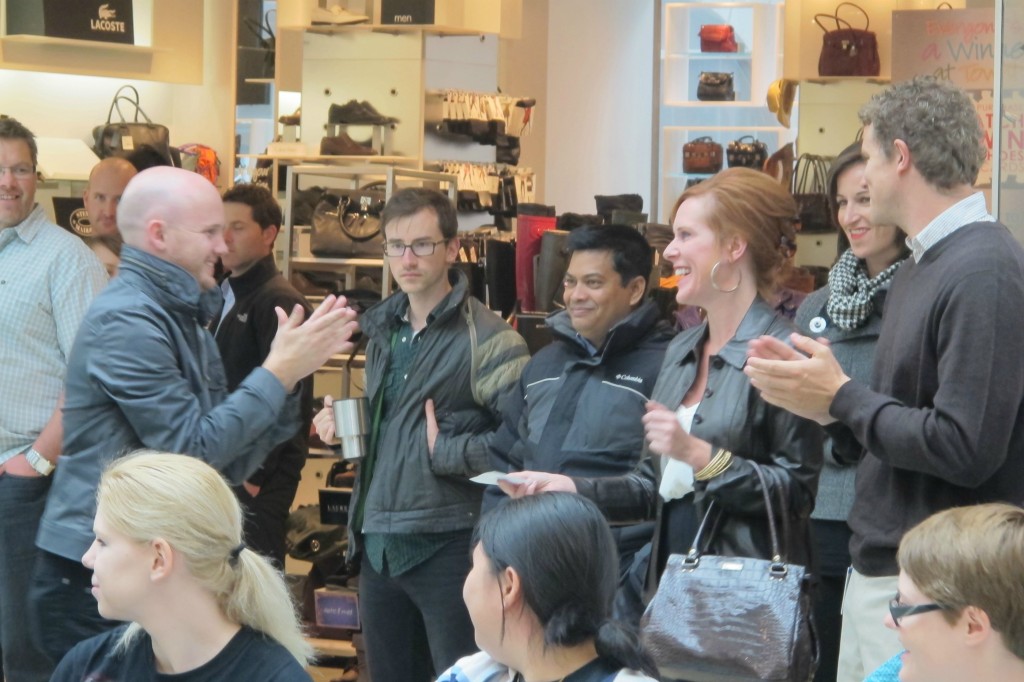 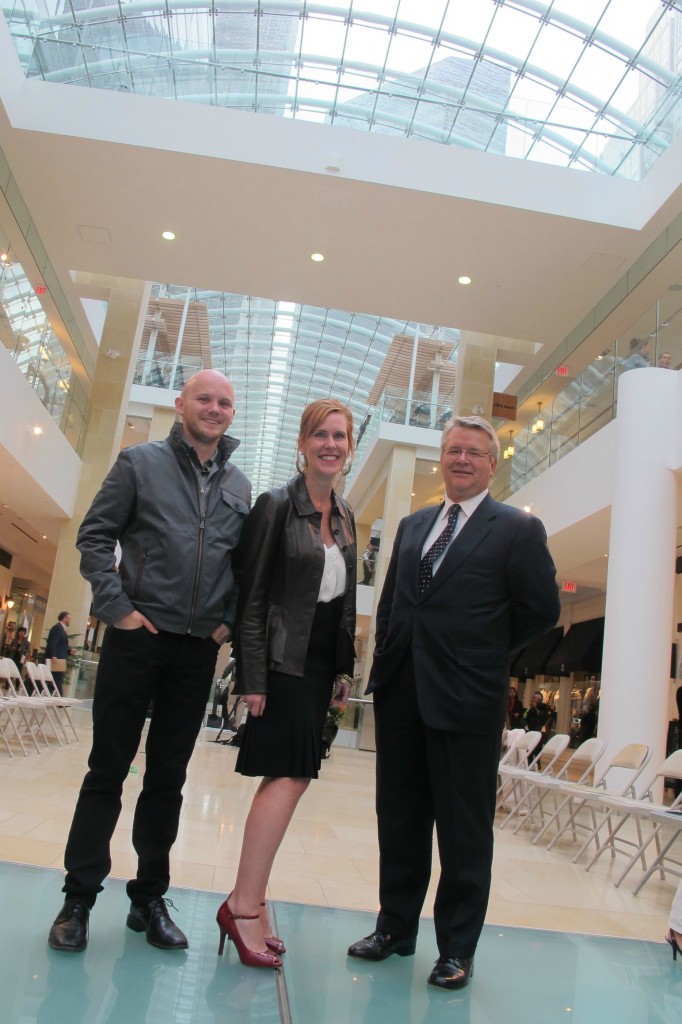 In the end, it was probably the busiest week of my life, but it also reminded me how awesome Calgary continues to be.Â  For a guy not from here, this city is pretty good to me.

So now the Thank Yous, and there’s a lot of them.