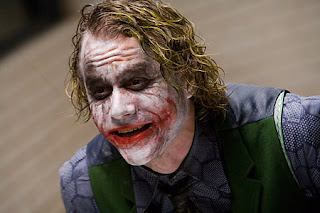 Got some money to spend?

The Dark Knight is back on Imax screens today to celebrate all of it’s Oscar nominations (eight!)
The only problem is that the Batman movie was only nominated in one major category (best supporting actor). Â I’m guessing the studios plan was to capitalize on the other nominations everyone was expecting it to get (best film, best director). Â Instead it ends up spending millions of dollars on re-releasing a movie that the entire world as already seen and probably owns. on DVD.
But then again, maybe I’m wrong. Who wouldn’t want to see one of the movies nominated for Best Sound Mixing on the giant Imax screen?