The Chomp and Stomp kicks off Stampede! 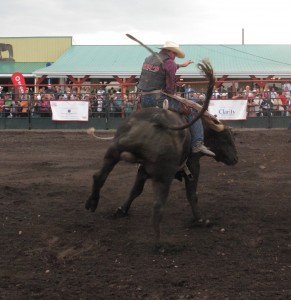 Okay, actually it is still one more sleep away, but that doesn’t mean the big parties can’t start a wee bit early!

Last night, Rogers kicked off the Stampede season with the annual Chomp and Stomp campaign! Â All the money raised will go to Kids Cancer Care

Foundation of Alberta. Â The goal for the night was to raise more than $100,000 and while we are still waiting to hear the final total, before the night was even over, I heard rumors of the total being well beyond their initial goal!

The big party was hosted by Breakfast Television’s Jill Belland and Eric from Jack FM.Â The whole night was a blast. It was an amazing mix of rodeo, music, dancing and food. Â Actually, lots and lots of food. 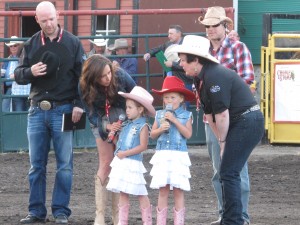 One of the evening’s highlights was when six year old cancer survivor Olivia and her four year old sister Giselle sang the national anthem. Â It kinda just reminded everyone why they were there! 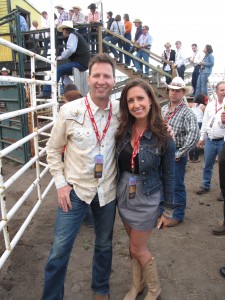 Hosts for the night,Jill and Eric. 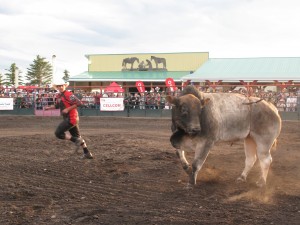 A rodeo clown gets out of the way! 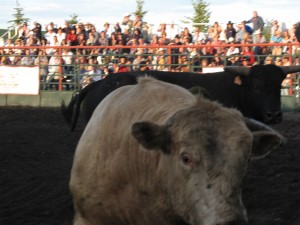 I got a little too close to this bull, luckily my friend Tricia pulled me back at the last second. 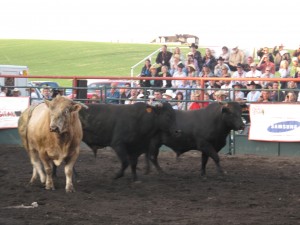 Three bulls didn’t want to go into their pens and ended up making a little bit of a show themselves! 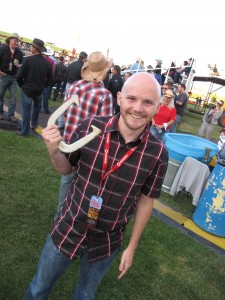 Take a good look at this cowboy shirt, I’ll be wearing it for the next two weeks!