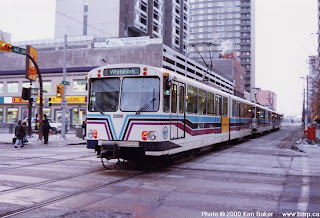 Iâ€™m not going to write about how cold it is. Because thatâ€™s obvious. Itâ€™ unbelievably cold. But itâ€™s Calgary right? Itâ€™s a winter city, which means itâ€™s colder here more than it is warm. These are the facts of living in Cowtown.

So where were these facts in 1981 when they started developing the C-train?

I realize I am very fortunate; I get to have the choice to drive to work. But I canâ€™t help but feel for those transit riders that are forced to sit on the C-Train platforms for 20, 30 sometimes 45 minutes just to get on a C-Train that is so full it makes Indiaâ€™s transit system look like a Luxury liner.

And what is the reason for such long delays? Well simply put the trains and tracks canâ€™t handle the cold weather. Wait a minute. So you are telling me that we built a transit system that relies mostly on metal and steel above ground? And we are supposed to be surprised when it freezes in the -45 temperatures? After doing a little research, I discovered that only 8% of the C-Train system runs underground and that in the last 17 years only 5 new stations have been built. I know Iâ€™m not good with math, but those numbers arenâ€™t good. Fun fact: The downtown core was initially built for the underground but the tunnels were abandoned because of the recession. Um……I think we are over that recession. Open those tunnels back up!

Well at the very least commuters have nice warm and safe stations to sit in while waiting for the little c-train that could right? Wrong. Not only are most of our stations exposed to the elements, commuters must also walk up a flight of stairs and back down again just to go the platform, where they then wait and wait and wait a little more.

And the end of the cold winter day, Our C-Train system is embarrassing. You wanna know why we are one of only a few cities with a system like it? Because it is ridiculous and unpractical.
We hosted the WINTER Olympics for god sakes, surely that would have been a sign that our winters tend to be on the cold side.