The case of the missing 90210 cast member

>90210 was just renewed a full season and while I still have some problems with the show, it is still miles ahead of where the original one was five episodes into it’s first season.

But I can’t help notice that something is a little off. 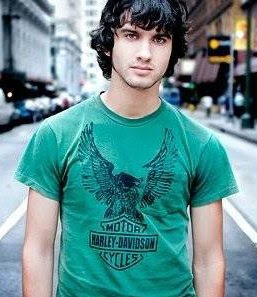 Am I the only that has notice that Dixon’s new best friend Navid Shirazi played by Michael Steger has been missing since the first episode? Stranger yet is that he is in the credits, yet it is Adrianna who had this week’s entire episode pretty much dedicated to her character and yet she isn’t in any of the show’s promo ads.

I was really happy that 90210 decided to include another ethnic character, too bad they don’t know what to do with him.

On a side note Michael Steger is 28 years old! Looks like someone has a case of the Zuckermans!