The Cabin is home to the most beautiful patio in...

We recently went on a vacation to Nelson, BC. And this was meant to be a real vacation, which for me, means just enjoying it. I was allowed to take some pictures here and there, but not go nuts and post about every detail on social media. When you like writing about travel and small businesses, you can accidentally turn every vacation into work, so I promised myself I wouldnâ€™t do that.

But Iâ€™m going to break that promise, because I have to talk about the most beautiful patio Iâ€™ve ever seen in Canada. Maybe the world, but I havenâ€™t seen that much of the world, where I have seen lots of Canada, so Iâ€™ll settle on nicest patio in Canada.

Itâ€™s called The Cabin and itâ€™s pretty much exactly that. A beautiful restaurant tucked onto the shores of Kootenay Lake. If youâ€™ve ever taken or waited for the ferry there, youâ€™ve likely spotted the restaurant, but this particular incarnation opened last year. The ferry is actually longest free ferry in the world, but if I told you more about it, Iâ€™d ruin my supposed vacation, but trust me, the ferry is beautiful and even though it makes your trip to Nelson a little bit longer, itâ€™s unforgettable and well worth the detour.

Okay, back to The Cabin. If youâ€™ve taken a ferry before, you know that you shouldnâ€™t expect too much about the restaurant thatâ€™s conveniently located itself right beside where the cars park while they wait to get on board, which is why Iâ€™m particularly enamored with The Cabin. It doesnâ€™t have to be nice, the food doesnâ€™t have to be delicious, no one is expecting it to be, but itâ€™s incredible and all these weeks later, Iâ€™m still telling anyone that will listen about it. 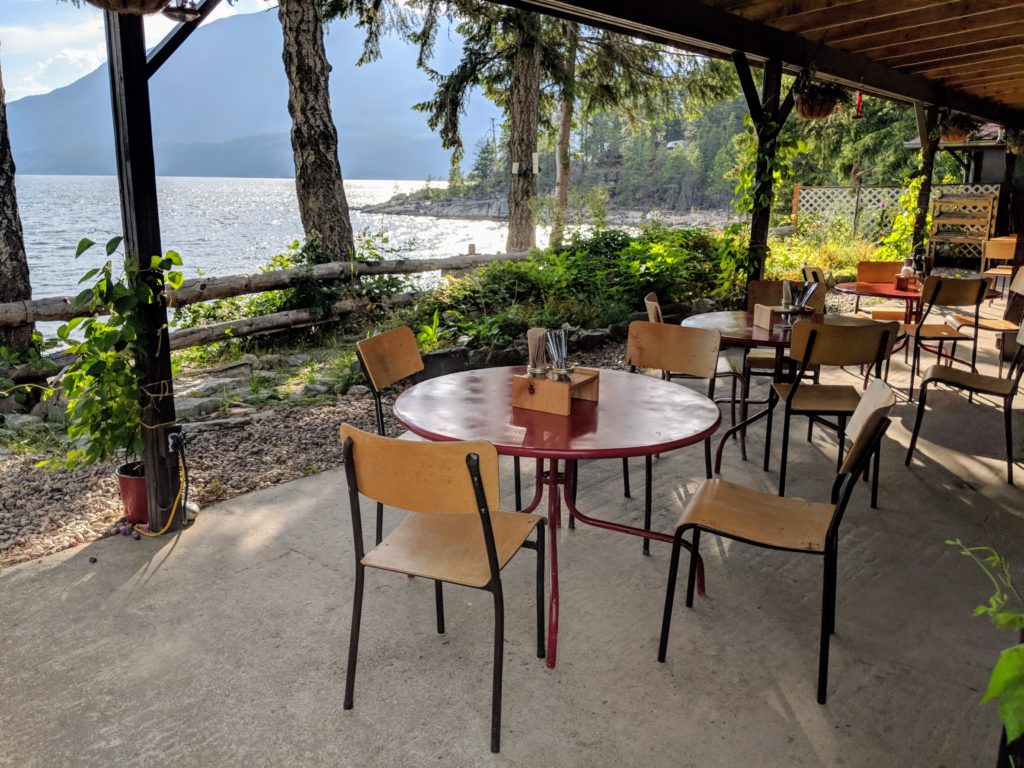 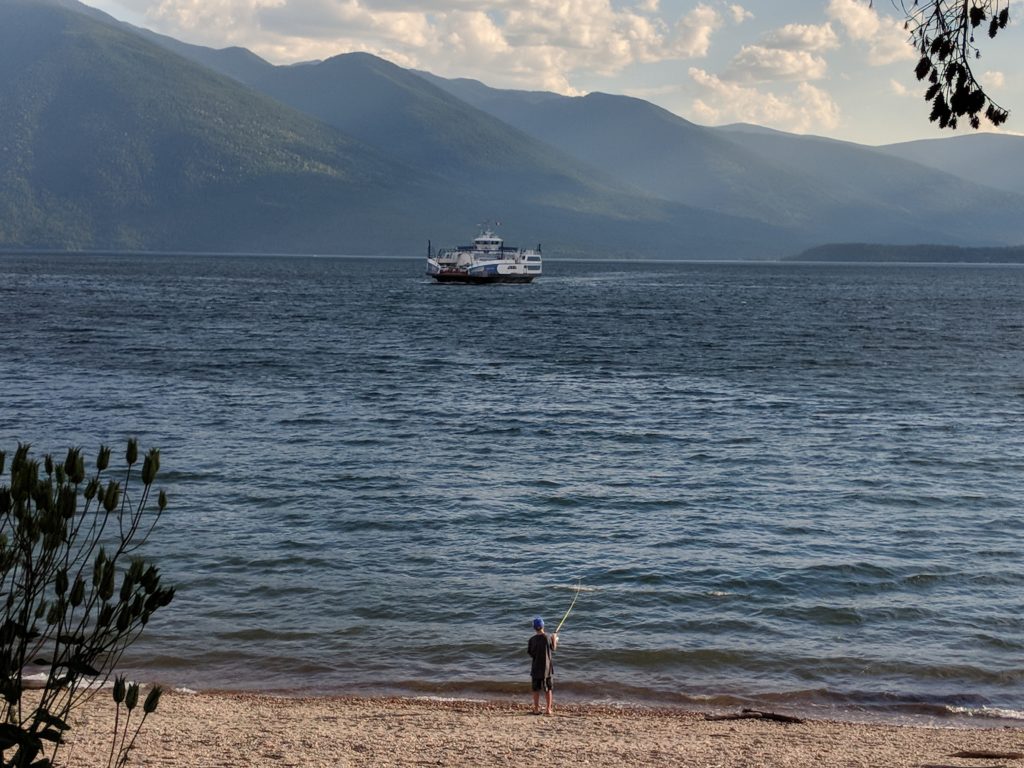 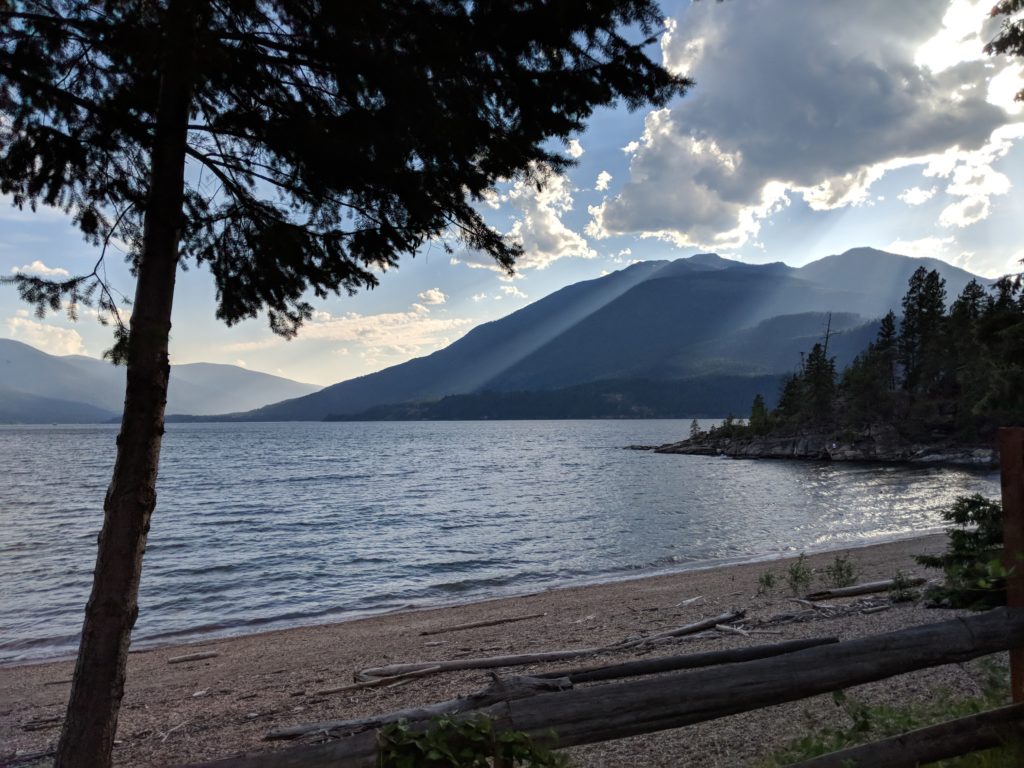 But letâ€™s focus on the patio for a bit, because really, itâ€™s all about the patio. It features a few tables, maybe eight. The tables are simple, and the chairs are those old ones that you used to find in classrooms or gyms. You wouldnâ€™t expect them to be comfortable, but maybe between the sunset, drinks, gently crashing waves and wildlife, I donâ€™t remember ever being uncomfortable.

Iâ€™ve never pretended to be a food writer, I love all food unabashedly, but the food is so good that when my boyfriend and I took our first bites, we looked up at each other and just said â€œWow.â€ Again, it could be ferry terminal food, but itâ€™s not. It was some of the best food weâ€™ve ever had, made only better by the incredible views and atmosphere. We had such a good time, that even though our ferry came and loaded, we just agreed to grab the next one. So we watched it sail off, ordered another drink and continued to enjoy the first day of our vacation. 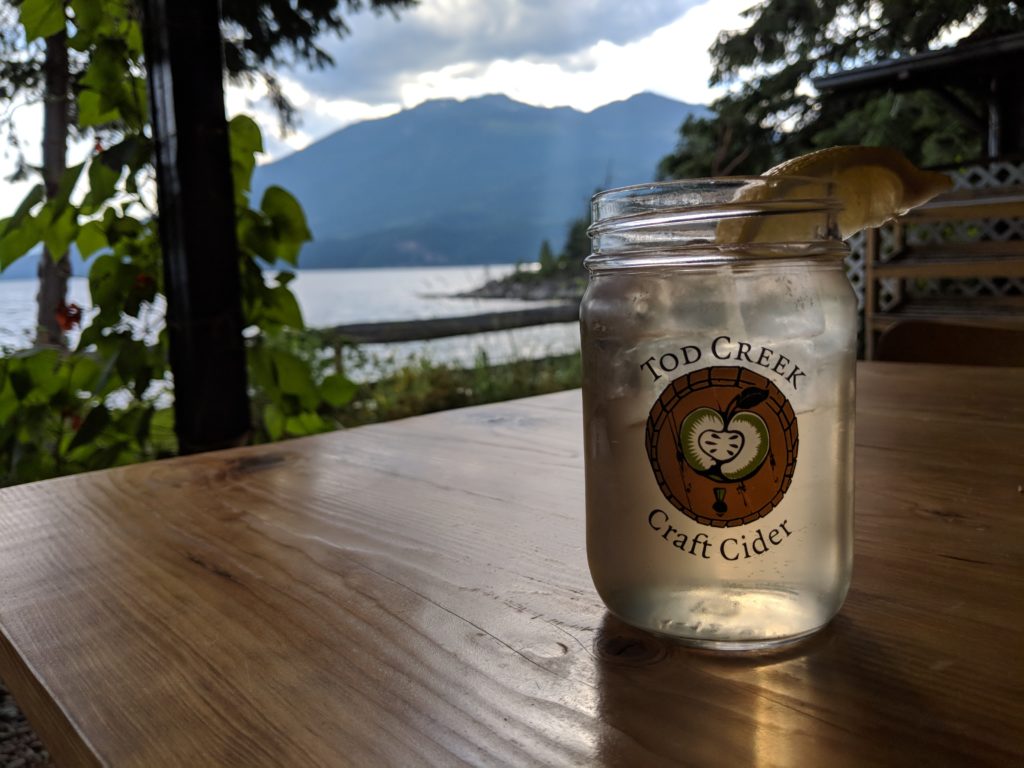 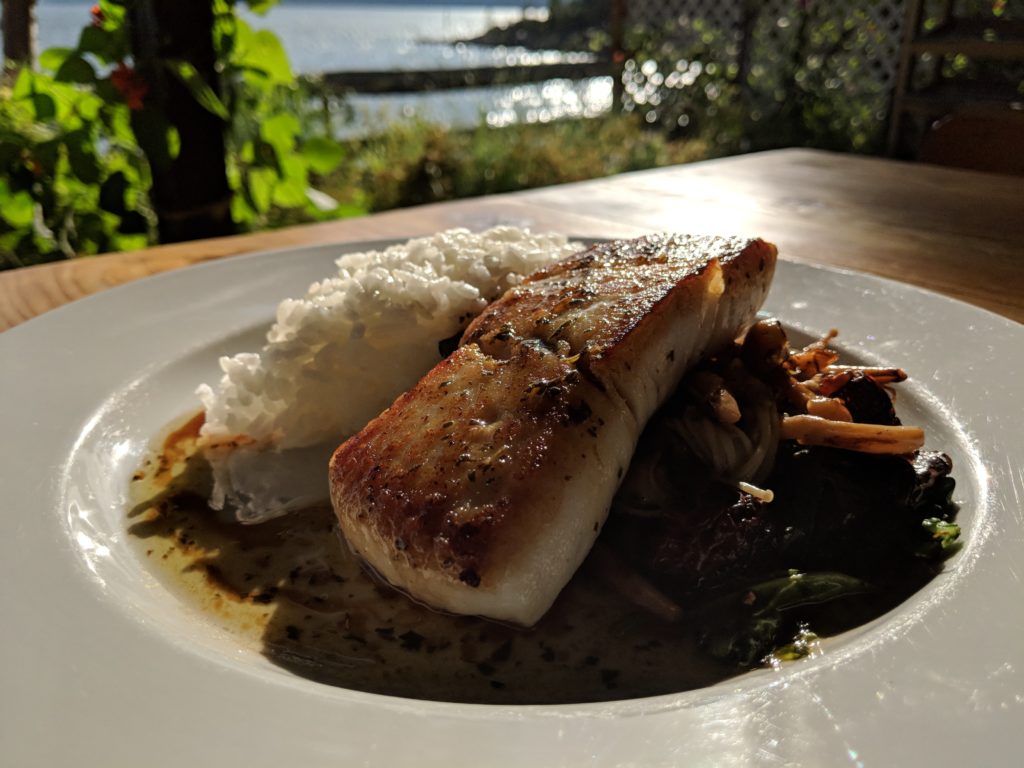 I loved this patio so much, that I took photos and immediately starting to text them to my mom. I donâ€™t know about you, but my dream is to travel and explore as much as possible with my mom and dad, and if I canâ€™t, I send them photos of the amazing things Iâ€™m seeing, and luckily they do the same. I definitely got my travel bug from them.

As the sun began to set, we knew our time at The Cabin was coming to a close, but itâ€™s one of those places that I know Iâ€™ll visit again. Something that beautiful deserves to be seen again and again.

So next time youâ€™re in the Kooteney Lake area, either leave time between ferry rides, or just skip the ferry time altogether and be sure to check out The Cabin, I really think youâ€™ll love it.