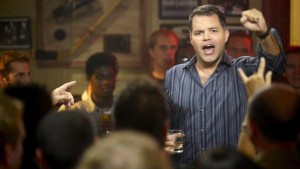 CTV’s Canadian export The Bridge, has been canceled by CBS.

Well folks, we all knew the streak had to end sometime.

The Bridge only lasted for three weeks and is being pulled after getting mucho bad numbers. Â But the show shouldn’t take 100% of the blame. Â CBS did air it on Saturday nights afterall.

Fortunately, the cop-drama will still be returning for a second season in Canada. Â  The same thing happened last year when NBC canceled The Listener, but the every stubborn CTV decided to renew it for its Canadian fans.

Another Canadian export 18 to Life, will have a shot at american audiences when it premieres on The CW later this summer.