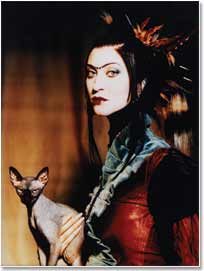 Can you believe it’s April already? With the melting snow and warmer weather, a flurry of fun and unique things to do in Calgary, seem to come to bloom.

As with every Friday, I asked one of Calgary’s busiest guys Mark Hopkins, to do up a list of his best picks for the weekend. It should help you narrow down the who, what, where and how of the city’s top events!

The EPCOR CENTRE for the Performing Arts can be a bit of an oddball workplace. Lately, every time I go to the restroom, I’ve been walking past rehearsals for Downstage’s production of And So It Goes and catching glimpses of sign-spinners, a pastry chef and poetic musings by deceased author Kurt Vonnegut. This new play by George F. Walker is a dark comedy about a middle-class couple being hit hard by both the current recession and their daughter’s schizophrenia. Come see its Western Canadian premiere!

When’s the last time a poem punched you in the gut with searing truth and blossoming emotion? To kick off National Poetry Month, this weekend is jam-packed with North America’s most talented spoken word artists, whose wicked wordplay will leave you breathless. If you’ve never seen poetry come to life on stage, treat yourself to an evening of spoken word and poetic prowess.

I only re-discovered the Glenbow Museum about a year ago, but since then it’s become one of my favourite places to spend an afternoon in Calgary! There are three new exhibits opening this weekend: a collection by renowned photographer Yousuf Karsh (including portraits of Walt Disney, Fidel Castro & Jacqueline Kennedy), a video portrait of soccer superstar ZinÃ©dine Zidane, and a beautiful series of portraits from the Glenbow Collection.