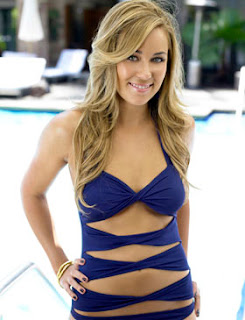 Remember a couple of months ago during the season finale of The Hills MTV told us actually they were lying and that is was just taking a break and that the third season would be back in the spring? Well….guess what…..It’s back! That’s right, spring is just around the corner and judging from the new extended preview, the show is faker and better than ever.

After watching the preview it’s too bad that it couldn’t just have been turned into a movie or at least an actual drama. The story lines are soooo good and juicy you know that they can’t be real. I think another cool angle would be to show Lauren & co. has the celebrities they really are. The show makes it a point to not show them in magazines and movie premieres, but that is their real life. Wouldn’t it be cool to see Lauren’s reaction after watching Heidi’s first “music video“. Or what about Audrina when she sees what an ass Justin Bobby really is while watching an episode of The Hills? Or Spencer calling the paparazzi to tell them where they’ll be eating (and fighting).

But for now we are supposed to be things like that the cameras just happened to filming Lauren in class when Stephanie Pratt walked in and all of it’s other glorious flaws.