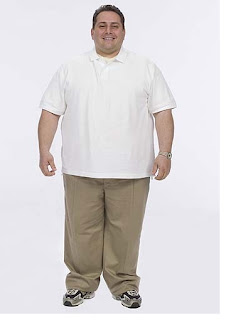 They usually don’t need writers, the cast will usually make their own drama and compared to a regular show they are cheap cheap cheap to make.

But on Tuesday night an actually good and important reality show will finally get to it’s season finale. That show is The Biggest Loser and since there won’t be much else on TV this season finale is a MUST watch.

The Biggest Loser is probably the easiest reality show to throw away, but if you’ve ever actually sat down and watched the show you would see that not only is it just as exciting as Survivor, Big Brother or American Idol, these contestants work harder than all of those shows combined. And why do they do it? They do it for themselves. They do it for their family and they do it so they can live.

The challenges that these contestants have been put up against would break a person of a normal weight, but the fact that these people do it with the extra weight is nothing but inspirational.

Oh and did I mention their prize for being away from their families for more than 3 months (Survivor and the Amazing Race are about4 or 5 weeks) is only $250,000. Doesn’t really seem fair compared to Survivor’s $1 Million.

The smart money on tonight’s winner would be Bill Germanakos (see above), who so far has lost a remarkable 120 pounds.

Now that is reality.