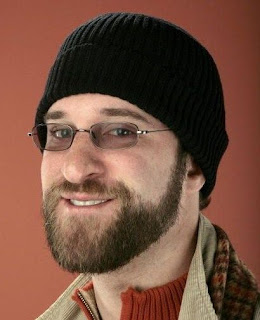 Sometimes being frugal is tough. Here I am trying to save money and I find out that two amazing shows are coming to calgary and I can only afford one of them.

I should probably clarify what I mean by the word: amazing.
I mean: potentially repulsive.
The first show I’d love to see is a comedy show by Dustin Diamond. Yes, that Dustin Diamond. You know the one, he played Screech on Saved By The Bell and has a porn video that would make Ron Jeremy throw up in his mouth. He’ll be playing two nights at the Laugh Shop at the Blackfoot Inn. Even the location sounds sketchy. I can only imagine the things that is going to come out of his dirty filthy mouth and I think it would be amazing. Again, refer to my above definition of amazing. 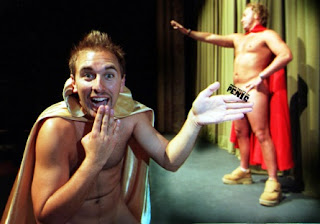 The second show I would hate/love to see is Puppetry of The Penis (website). Yes, you read that right. The show will be playing at the Jack Singer on October 28th and…um…I don’t really know how to tell you what this show is about….because…..um….well….the title pretty much says it all. After watching some of the “demo videos”, I can definitely tell you that it isn’t as easy as you might think. And I will leave it at that.
So how does one decide between people who play with their penis’ or someone who probably has six diseases on his.
Also, don’t either of these acts know they are coming to the most conservative city in Canada. Should be interesting.
Stay tuned….