The Best (and worst) of Glee! 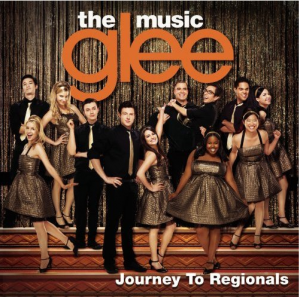 Since debuting just over a year ago, Glee has released a total of four discs and today the season’s final disc hits shelves.

The fifth album is called Glee: Journey to the Regionals and it is exactly that, a tribute to the 80’s rock band Journey. Â Featured on the disc is a new version of Don’t Stop Believing, Anyway You Want It, and the ballad Faithfully. Â Gleeks will also be able to Bohemian Rhapsody, To Sir With Love and Over The Rainbow.

So with the final disc of the season now released, I thought it would be a good time to look back and pick my five favourite songs of the season! 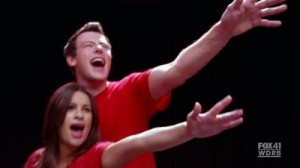 Don’t Stop Believing (Glee Cast)
The song that started it all was also one of the show’s biggest risks. By taking on the Journey classic even though it is still insanely popular, showed audiences that no song would ever be off limits. Â Now that I’ve mentioned it, try to get it out of your head. 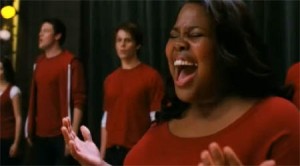 Like A Prayer (Glee Cast)
We knew from the beginning of Glee that a Madonna episode would eventually happen. Â But who knew it would happen so quickly? Â The Power of Madonnna was a collection the singer’s best and capped of the insane episode with one of Madonna’s best and most controversial songs ever. Â While the Glee kids left their Jesus replicas at home, they did bring with them a full choir. Â A choir for a show choir? Â Who’da thunk! 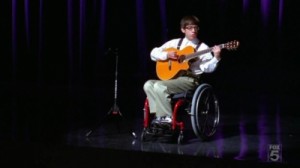 Dancing With Myself (Kevin McHale)
You probably didn’t even realized that McHale as Artie is constantly the show’s MVP. Â He’s the heart of the show and no song captured that better than his first solo. 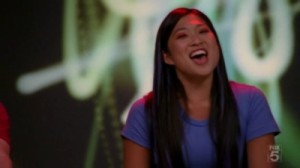 True Colours (Jenna Ushkowitz and Cast)
The first half of the season didn’t see the show give too many of it’s solos to anyone except Lea Michele. Â And while you usually can’t blame them, with this ballad Ushkowitz proved that she is equally deserving of the spotlight, that is why she stole it. 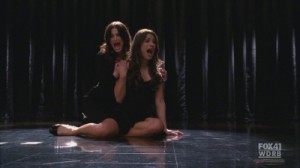 I Dreamed a Dream (Lea Michele and Idina Menzel)
I’ll admit that I had never heard of Â Idina MenzelÂ before her involvement in Glee. Â But the apparentÂ broadway legend cemented her role in one of the show’s most emotional moments. Â  Finding out that she was actually Rachel’s mom was just the icing on the cake.

And just because I can, here is the show’s worst song…so far: 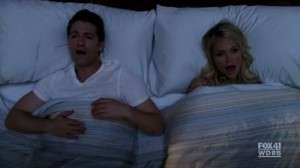 One Less Bell to Answer/ A House is Not a Home (Kristin Chenoweth and Matthew Morrison)
If this season of Glee taught us anything, it is that the show’s creator Ryan Murphy has a big giant musical hard-on for Kristin Chenoweth. Â While her voice is amazing, her duets with Morrison are the mayor and deputy mayor of dullsville. Â This song was the culmination of one snoozer after another.