The Best Food in Canada! 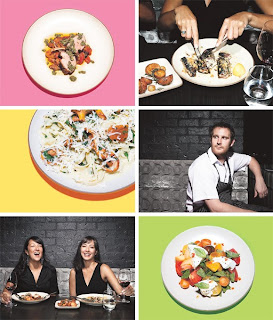 Now that I have your attention, EnRoute Magazine just published their list of the 10 Best New Restaurants in all of Canada.
No surprise that most of the restaurants are in some of the country’s biggest cities like Vancouver, Toronto, Calgary and Ottawa.
But there were some surprises from smaller cities like Caban A Sucre Au Pied de Cochon in Saint-Benoit De Mirabel. Correct me if I’m wrong, but I believe that transfers as “Sugar Cabin at the Foot of a Pig.” Sounds Yummy.
It was nice to see Ship to Shore on PEI make the list, it was apparently rescued from closure last year and has surged in quality and business since being taken over!
Rush in Calgary

has also made the list, so I’ll have to try that.
But I’m heading to Vancouver this weekend, so I’ve already made reservations for the number one restaurant on the list, Cibo Trattoria! I was pumped to be able to get a table, mostly because Enroute said about the restaurant: “one of the most exciting things to happen to the way we eat in years!” My mouth is already watering.
Can’t wait!
(above image from Enroute’s website)