The Barenaked Ladies get into the beer biz! 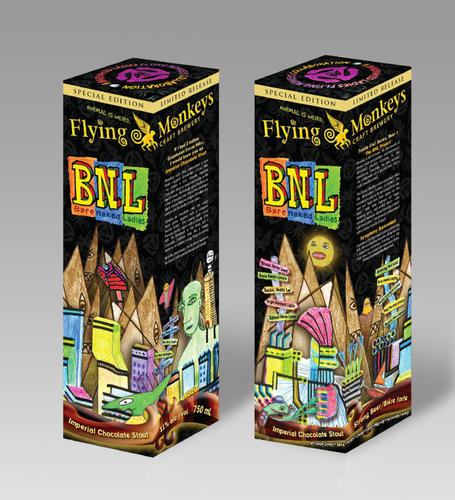 The Barenaked Ladies have announced their next project and it’s a tasty one.

The band will be producing a limited run beer with the Flying Monkeys Brewery out of Ontario. The beer actually sounds very interesting, it’ll be a chocolate stout and will be called BNL Strong Beer. The band also contributed more than just their name to the drink, they also designed the packaging, which you can see when it becomes available across the country this November.But none of that is as interesting as this little tidbit: The beer will have an 11 per cent alcohol count!11 percent?!

I won’t event be able to make it through the first bottle. Seriously, I can barely make it through two Alpines, let alone a 11 percent beer. This is going to be awesome and for them to release the beer just before the holidays? It’s perfect. Now, getting through that awkward family dinner or your kids Christmas play will be so much easier, drink one BNL Strong and you’ll be good to go. Plus, you’ll be supporting Canadian music, it’s win/win. Well played Barenaked Ladies.

Here are some more details on the beer and make sure you look for the band as they’ll be touring across Canada this holiday season.