The Bachelorette plucks a canuck!

Ever wonder what I do on slow news days?Â  Stories like this one: 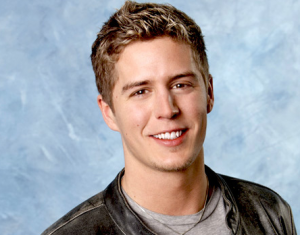 ABC has announced the cast of this summer’s The Bachelorette and one Canadian will fight to win the heart of Ashley and a new strain of STDs.Â  To be fair, I don’t know if that’s actually the prize, I’ve never seen the show.Â  But let’s just all assume that if you leave the show with only one new STD, it probably means you won.

The “lucky” guy’s name is Chris M. He is from Gibbons, Alberta and according to his profile he sees himself retired in the next five years and living on a beach.Â  Wow.Â  Sounds like this guy has a ton of potential.Â Â  I actually heard a few weeks ago that there was a guy in Banff bragging about being on the next season of The Bachelorette so it must be Chris M and his literal chin-beard.Â  I’m guessing if he was in Banff a few weeks ago, it doesn’t go well for him on the show.Â  Again, whether that means he technically won or not, you’ll have to ask someone else.

The Bachelorette premieres on City TV on Monday, May 23rd.