The Aftershow signs off! 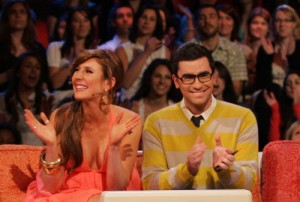 Later on tonight the very last episode of MTV’s The Hills will air. Â Even sadder, it will also mark the end of The Hills Aftershow, which has easily become of of this country’s biggest exports.

When the Aftershow started, it was only meant to be on on MTV Canada. But because of its immense popularity of the show’s fantastic hosts Dan and Jessi, the show soon became a staple on the american version of MTV. Â The stars of both the Hills and The City regularly flocked to the Aftershow to plead their cases or spread more gossip. And Canadians ate it up!

So since The Hills is finally off the air, it doesn’t make much sense to still have the Aftershow.

So let’s take a moment to look back at The Aftershow shall we?

There has always been a ton of stories about how much the cast members have physically changed (ahem Heidi), but what about the Aftershow hosts? Â While I think they’ve avoided the plastic surgery knife (so far), you can definitely see that Jessi and Dan haven’t been untouched by their rise to fame.

Somewhere after the show’s first episode when the hosts looked this: 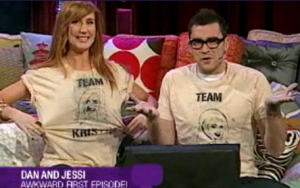 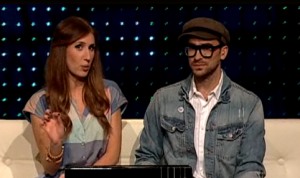 Not too shabby if you ask me! Â Watching the first episode, you would have never though that Jessi and Dan would have become the Canadian fashion icons they are now!

But it wasn’t just about the fashion. Besides always getting the Hills scoop, the After Show became popular for its famous remixes. There are a lot to choose from, but this one is definitely one of my favourites:

Thanks for the great times After Show, I seriously can’t wait to see what Jessi and Dan do next!