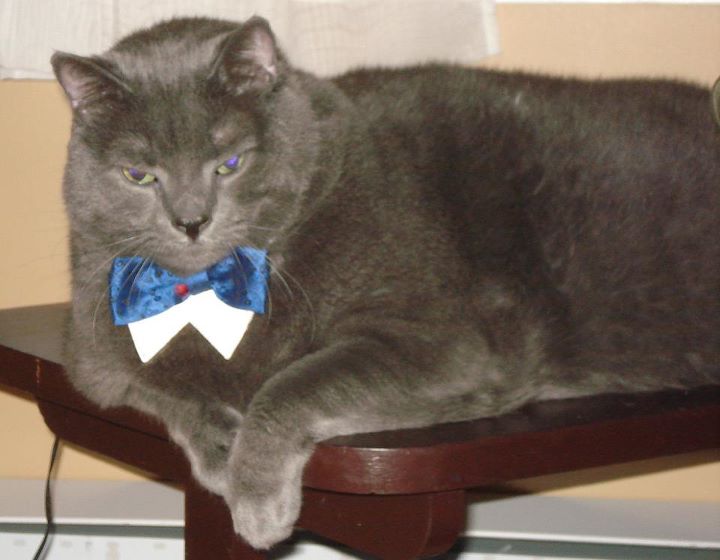 Meet Tiny. Tiny is one fat cat. Like a really, really fat.
The story of this cat is catching national attention, mostly because he is anything but what his name might indicate.

You see Tiny came to the SPCA in my hometown of Fredericton on December 30th 2011.Â  Some jerkwad left a taped up box in the lobby of the shelter, inside volunteers found Tiny and a much smaller cat, Rapunzel. The box was actually so heavy, they thought it was a donation of office and animal supplies…until it start meowing.

Once they discovered the cats, the shelter was understandably shocked. Not only by the way the cats were dropped but at the sheer size of Tiny. During his initial health check Tiny weighed in at 30.2 lbs! The shelter immediately put the fat cat on a diet and are looking for Canadians from coast to coast to help cover the cat’s return to being healthy.

Tiny’s special canned diet food is estimated to cost $4 – $5 a day, as well he will need regular vet check-ups and could require extensive testing.

You can donate a lump sum or donate per every pound Tiny looses.Â  For more information, you can check out the cat’s Facebook page. Yes, the cat has a Facebook page.Â Â  I’m not a giant fan of cats, but I’m really rooting for Tiny.Â  After his recovery, IÂ  hope that he finds a forever home that will make sure he does eventually lives up to his name.