Thankfully: Song Quest is Back!!!! 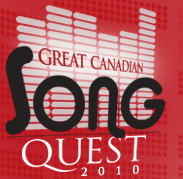 One of my favourite things to come out of CBC Radio last year was the Great Canadian SongQuest. The songs from that search resaulted in an amazing Canadian soundtrack thatÂ  are still in my regular rotation, especially Hey Rosetta‘s Old Crow Black Night Stand Still.Â  That song has pretty much become my theme song.

Luckily for every Canadian like can hear things, CBC Radio 2 is brining back the soundtrack but this year there is a little bit of a twist. This year’s Song Quest will be songs about an awe-inspiring strech of road in each of Canada’s ten provinces and three territories.Â  Whether it is a long winding highway, dusty driveway or the Cul-De-Sac where you played basketball as a kid, whatever you want the artists to write about!

To speed up the process, this year’s songwriters have already been chosen to represent the country and they picked some good ones.Â  But don’t worry if you don’t know all the songwriters, that is sorta the point:

If you have a stretch of road that you’d like to see nominated, than make sure you have your say. Nominations open today and close on September 21st.

Click to here to nominate and get more details!

So happy Song Quest is back!