Text but no text! 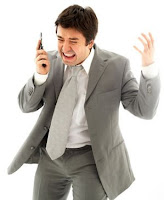 Itâ€™s no secret that Canadians are nice people. We are caring, we are generous and whenever possible we try to avoid confrontation by talking things out. This is all good when it comes to war or healthcare systems. Growing up, Canadian childrenâ€™s program would always teach us the value of acceptance, patience, doing favors and never placing blame. But what if by being so nice and caring we are also becoming passive and naÃ¯ve?

Letâ€™s face it: Canadians are constantly getting screwed around by both banks and cell phone companies. It has been widely reported that Canadians pay more bank fees and have the most expensive cell phone bills then the rest of the world. And with Telus and Bell announcing their new â€œpay for receiving text messagesâ€ rule, I canâ€™t help but wonder if itâ€™s really all our fault?

Itâ€™s seems obvious to say how stupid it is that we have to start paying for text messages, when we canâ€™t control who is sending them. Especially with the amount of spam text messages we all get sent to our phones (usually from Telus or Bell). But what are we going to do about it? Complain? Ha! Canadians would rather suck it up and pay the bills then have a confrontation with a giant cell phone company. Of course, it doesnâ€™t help that when we do call to complain the closest thing we get to a manager is someone who is roughly the same age as one of the Jonas Brothers.

As Canadians we also love petitions, especially if they are online. That way we can tell the government, a huge company or our neighbors that we disagree with what they are doing, but we donâ€™t have to look them in the eyes. Itâ€™s kinda like breaking up over text messaging or email. In light of the new cell phone charges the NDP has started a petition to really â€œstick itâ€ to Bell and Telus. Although, when you are filing out the petition Jack Layton gives you the choice to sign up to receive â€œNDP Updatesâ€ occasionally by text message. So naturally Iâ€™m suspicious. They want us to protest paying for the text messages they are going to be sending us? Oh Jack.

But then again, the massive petition campaign Canadians launched against Rogers and their new Iphone plans, seems to have worked since the company has since announced new lower plans. Not that Rogers hasnâ€™t found other ways to take advantage of us nice Canadians, how else do you explain the fact that â€œevening minutesâ€ will now start at completely ridiculous 9pm? How 9pm be considered both the start of the evening and way past most childrenâ€™s (and freelance writers) bed-time is baffling. Of course you can change it to 6pm for small $5 monthly fee.

While we often mock our American friends for complaining about everything, maybe they are on to something. Why we donâ€™t we seem to ever be bothered to the point of protest or boycott? Why do put up with fact that we pay so much in fees, surcharges and extras for essentials like banking and communication? Maybe Mr. Rogers, Mr. Dress-Up and Fred Penner had it wrong all along. Then again they had conversations with puppets, wore cardigans and climbed through trees, so how much of a reliable moral compass should they have been anyway? Maybe the nice guy, at least in Canada, really does finish last?