2016 is Calgary’sÂ Year of Music, which means that almost every day is packed with once in a lifetime concerts, packed music halls, surprises show and historic openings like the National Music Centre. Â The Year of Music celebration also included the 45th Annual JUNO Awards, which for nearly a week meant all eyes of the country were on Calgary as we celebrated the best the music industry has to offer!

One of the best parts of JUNO Week was undoubtedly the involvement of TD Bank, which used the opportunity to donateÂ a $1,000,000 to MusiCounts, Canada’s music education charity. The donation included a special donation $20,000 in musical equipment to Calgary’s The Freed Artists Society, a local Not-for-Profit made up of active Hip-Hop/Urban artists and community builders.

And the celebrations of music didn’t stop there. On the days leading up to the JUNO Awards, the TD Music Green Room opened its doors and offered a JUNO Award-worthy experience with a concierge service; makeup and nail experts, helping guests get red carpet ready, and special musical performances including Ria Mae, Jonathan Roy, Dru, Wes Mack, The Elwins. 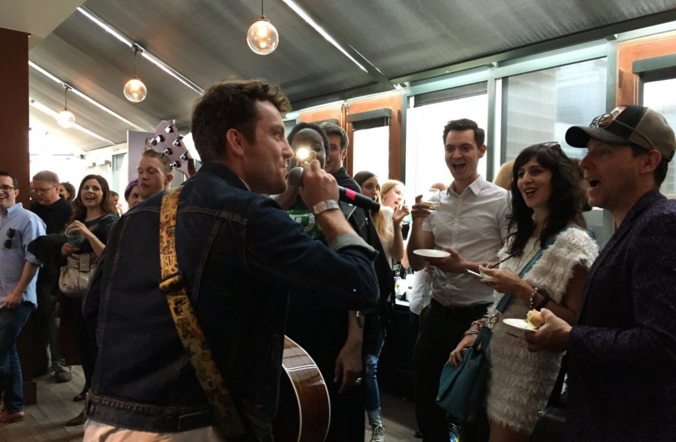 When theÂ TD Music Green Room wound down, that’s when the JUNOs wound up and became the biggest party in the entire country! Â It was definitely a night to remember!

Loved the song by @lights and the announcement that @TD_Canada is making another huge donation to #MusicCounts #JUNOS â€” Mike Morrison (@mikesbloggity) April 3, 2016