Taking on The Titanium Chef! 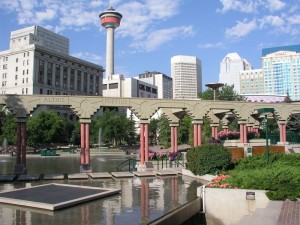 Of all the cool events I’ve done, today might actually be one of my favourites!

Today I will be participating inÂ Delta Hotel’s Titanium Chef competition at Olympic Plaza. Â No, no, no. Â I won’t be actually cooking anything, instead I’m going to be a sous-chef! Â Seriously.

The real competition will be between three Executive Chefs from Delta Calgary South, Delta Calgary Airport and Delta Bow Valley will compete for the title of â€˜TitaniumÂ Chefâ€™ at Olympic Plaza between 11:30 am and 1:00 pm to kick off Deltaâ€™s Thrill of the Grill summer BBQ.

There will be Â â€œblack boxesâ€ Â that we’ll open at the start of the competition with some secret ingredients that we will have to incorporate into the BBQ creations crafted by the ExecutiveÂ Chefâ€™s and their â€œSous Chefsâ€. Â Since I’m going to be one of those “sous-chef”, I’m absolutely terrified. Â I’ve never worked in a kitchen before, and my only point of reference is this: 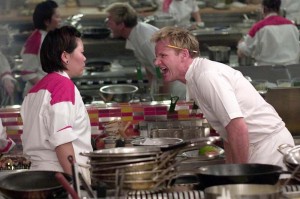 I’m sure the Delta employees won’t yell at me, but I don’t win, I might yell at them!

A public BBQ is being offered during the competition, with proceeds from the BBQ benefiting Habitat for Humanity Calgary.

This event also marks the ninth stop of the Delta Community Cruiser Tour, a national tour thatÂ will see six Delta employees embark on a mission to build stronger communities through various volunteer and fundraising activities. The tour will support Deltaâ€™s goal of raising $1 million and donating 10,000 volunteer hours to local charities from coast to coast throughout 2010.

If you are in the area, please come down and show your support!