Taking a seat with Hawksley Workman 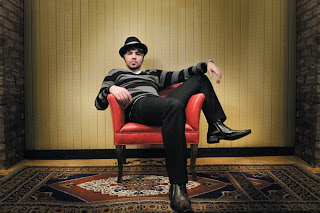 Good News: Hawksley Workman is back on tour and coming to Calgary.

Bad News: He is playing at Mac Hall.

So why is this such bad news? Well, MacHall is a standing only venue and while I’m sure Hawksley likes to party his music doesn’t really inspire you to have to stand for three hours. It’s more a sit down, relax, enjoy and maybe dance to a couple of numbers kinda show.

Man, I’m really disappointed, the first time I saw Hawksley was in Banff and he was AMAZING. Probably one of the most enjoyable concerts I’ve ever seen. And now, it looks like I’ll have to stand in line for a couple of hours just to get close enough to enjoy the concert, only to be pushed further and further back by throngs of teenagers and their cellphone cameras.

I think might just be enough for me to sit this one out….literally.

Hawksley Workman plays in Calgary on February 28th at 7pm (so really 10pm).
Tickets go on sale this Friday on Ticketmaster.