This week’s Survivor saw the tribes finally merge. It was the opportunity for those castaways with waning alliances to make big moves to stay in the game longer. Unfortunately, those big moves, including Penner playing his hidden immunity idol left one person out: Roberta “RC” Saint-Amour. The investment banker was in trouble almost the very moment that she made an alliance with Abi, who’s proven to be quite the liability, which is likely why RC got her torch snuffed, becoming the first member of the jury.

Here’s my new interview with the latest castaway.

So, first things first, how crazy is Abi?
R.C: I mean everyone saw the show, right? At first, I was looking around being like, â€œAm I the crazy person?â€ Because it seemed like I was the only one that thought she needed helpâ€¦emotionally. But Iâ€™m glad everyone else realized that that is what I had to put up with and that it wasnâ€™t just me.

No, it wasnâ€™t just you.
R.C: Abbi was so aggressive in her attacks and you werenâ€™t. Was that on purpose?
Yes. At first it was because I didnâ€™t realize what was going on. She basically attacked everyone, it wasnâ€™t just me. I was trying to be tactful because she was getting on peopleâ€™s bad sides so early and I thought that was even better, letâ€™s keep her around. But then when the attacks became only directed at me, thatâ€™s when I was like, â€œOh my god, whatâ€™s happening!â€ Then, later on in the game, I was trying to make it a strategy because if I stay calm, cool and collected and doing something for the tribe, then everyone would eventually grow as tired of her as I was. But that didnâ€™t happen. 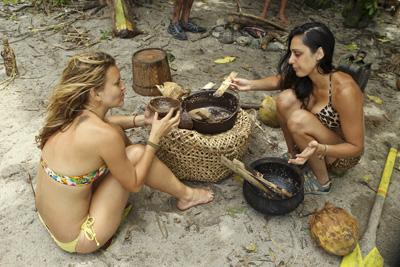 Did you know Abi had the idol?
RC: I knew she had it, because she was so open to yelling at me, we knew she had it. Michael and I noticed the rice container was missing the top, so we knew that was the idol. I was constantly trying to get people to make moves and no one would budge because she had the power with the idol. She was able to be whoever she wanted to be because everyone was very afraid of the idol.

Youâ€™re a big fan of Survivor, watched all 24 seasons. What was it like to be in an alliance with Michael Skupin?
RC:It was a dream come true! Because if anyone remembers his first season, he played with such integrity, he was such a nice and loyal person, why wouldnâ€™t I want to align with him? Compared to Peter, Abby or Artis or anyone on the island, he sorta had this very good idea of who he was. Why wouldnâ€™t I want to work with him? 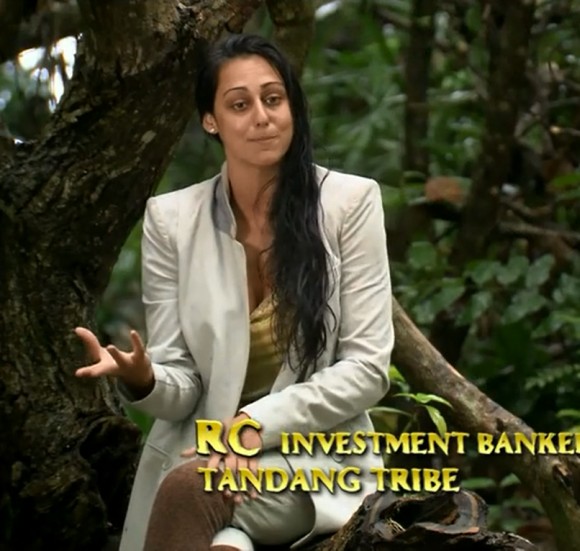 Your blazer is now famous! How come you brought a blazer to Survivor?
RC: This is a good question. How many times do you watch Survivor and wonder why that girl is wearing a sundress? It makes no sense. Iâ€™m an investment banker on Wall Street and when they asked me what I wanted to wear, I wanted as much clothing as possible. So I went with this blazer. It rained so much that I was constantly in it. It really worked out.

Whatever happened to the luxery items that used to be featured in the early seasons?
RC:We pick one, yes. Itâ€™s up to the descrestion of the producers if they actually give it us. But itâ€™s been a while since theyâ€™ve done that. Ironically, mine was a my security blanket as a child. That is what I picked to take with me. It gets really uncomfortable out there, so just to have another thing to lay on or sleep on would have been invaluable.

Is being on the beach as stressful as it looks like on TV?
RC: Yes and no. Depends on who you are. Because I was on the outs, people didnâ€™t strategize with me. So it was constantly me running around like a chicken with their head cut off, trying to get people to have conversations with me. So it was stressful because I was always nervous and uneasy. Other people got to just sit back, like Lisa, because sheâ€™s not threatening. I donâ€™t know that part of the game because I never got that luxury. It really depends on what position youâ€™re in.

How surprised were you that Lisa held Denise in the mud for so long?
RC: I was so proud of her! You have no idea. I was cheering and laughing my ass off. Because before I knew she was a TV star, she was little southern mama from Texas. Sheâ€™s twice the size of Denise, but she really just sat on her and didnâ€™t let her move. We were so just so proud of her. 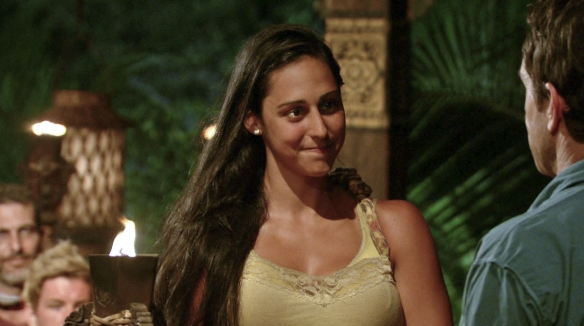 As the first member of the jury, do you have a control over the members whoâ€™ll be joining you?
RC: Depends what position youâ€™re in. I knew certain stuff, that I obviously canâ€™t divulge yet. And other people knew stuff too. My vote was interesting. I think that every time someone joins the jury, you say, â€œDid you know this, did you know that?â€ It certainly sways you, but you donâ€™t have control over the final two or three.