Of all the Survivor castaways from this season, I was dreading interviewing Jeff Kent the most. Why? Because he was my pick to win the whole thing, so if I was interviewing him before the finale, that means I had lost my bet. He was strong, confident, well liked and definitely had his eye on the prize.

Well this week, I did lose my bet. It was shocking flurry of events, but at least Kent, the retired major league baseball MVP, went out in one of the most gloriously confusing Tribal Councils ever.

After your elimination and in the interviews since, you seem like youâ€™re still bummed. Are you still upset?
Jeff: Iâ€™m not upset, thatâ€™s the wrong word. It just eats at you a little bit because, if you put a lot of effort and you hope that your efforts are good enough that they allow you to stay. I think what makes me still pissed off is that my name was only brought up in the last 15 minutes before we went to tribal council. It was discussed, but it was agreed that the six of us, all the good people that I had on my side were voting the same. Iâ€™m still trying to figure out where Pennerâ€™s vote came from. And we were all shaking our heads at some of the things Skupin was doing. I still donâ€™t understand the big reason why I was voted out and I guess thatâ€™s why Iâ€™m still kinda pissed.

Is there a part of you that thinks, â€œHey, at least they thought of me as a threat?â€
Jeff:Yeah, thereâ€™s a little consolation there. I really survived on the island without pissing a lot of people off and that was a good thing. And maybe I was too nice to people and too threatening at the challenges. But it doesnâ€™t over shadow the fact that I still really wanted to win. 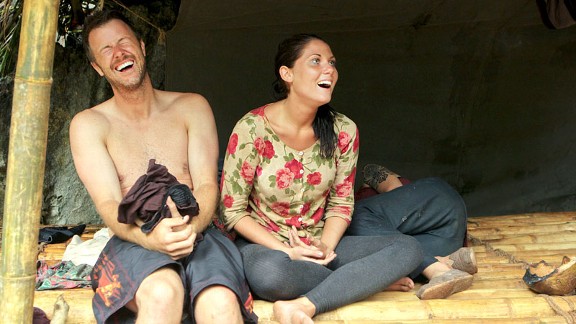 How did you end up on the show?
Jeff: Producers found out that I was a fan of the show, so casting was able to get in touch with me and asked if I wanted to interview for the show. So I did, I submitted a video and I went through the whole nine yards.

You were pretty much able to keep your baseball career a secret, did you ever wonder if other people had secret careers on Survivor?
Jeff: I was kinda hoping it would be something like a Celebrity Survivor. Because they asked me to try out and I thought, â€œItâ€™s about time they do a celebrity edition.â€ And then they brought back the three returning players and I realized that the season was probably about them and not anybody else. I was looking at Lisa and thought there was something about her, but I never really thought about it much. Iâ€™ve been impressed how well sheâ€™s done so far. 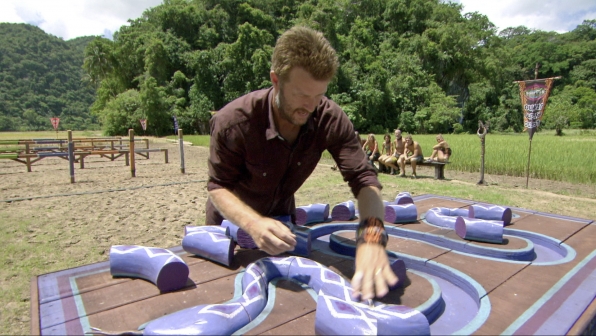 It would seem that Lisa was the one that spearheaded your eviction, is that how you see it.
Jeff: No, I donâ€™t. Looking at the timeline of everything that went down, I think Pete was the one who threw my name out there to be voted off and Malcolmâ€™s name was thrown out there too. Carterâ€™s was too, but he wasnâ€™t much of a social threat. As my name got thrown out there, it was discussed, but we were planning on getting rid of Skupin. But Lisa was so close with Skupin that it ended up being me.

That Tribal Council was definitely one of the craziest ones ever. Did you guys get that sense when you were living it?
Jeff: We were sitting there for an hour, if not longer. We were airing dirty laundry out for a long time, we were tired! There was a lot of stuff going on that wasnâ€™t shown at Tribal Council, we still didnâ€™t know who we were voting for when we sat down on the stools. There was a big opportunity to flip the game and Skupin didnâ€™t take advantage of it. It was pretty crazy. 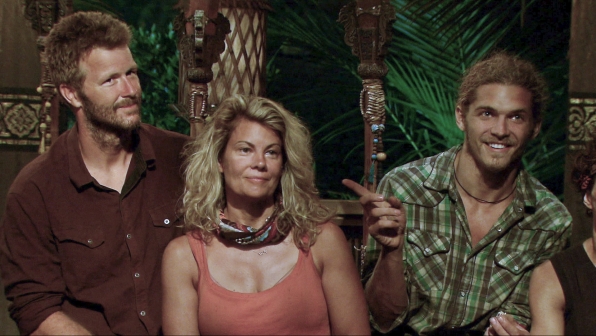 You were really focused on getting the veterans out, do you think that was the right strategy?
Jeff: I wasnâ€™t obsessed with it, but I always talked about it. A lot of it was wanting to stay ahead of the best player in the game and I thought that was Penner, by far. I thought he was a guy that could manipulate people, tell stories, add numbers up and he was great in the challenges, far better than any body else. We worked well together. You know, I never voted for Penner and I never voted for Skupin. Even though I talked about it a lot, I did everything I could to get those guys with us.

Who do you hope or deserves to win Survivor?
Jeff: Thereâ€™s still a lot of game to play. The best moves are going to start to happen now. The real lies are going to have to start coming out. So far, Iâ€™m liking Penner and Malcolm. Theyâ€™ve fared well, theyâ€™ve stayed loyal and held on to a high class of character. For sentimental reasons, Iâ€™m pulling for my buddy Carter. He and I were tight and Iâ€™ve told him before, I hope one of us wins and since Iâ€™m gone, I hope he wins.