Survivor Exit Interview: “You could put him next to Hitler...

As someone who loves Survivor and gets to interview the contestants, I struggle with how much I should invest emotionally in the contestants. Maybe it’s because I know that I’m going to have to talk to them and I’m always nervous that I’ll tell them that they are mean, or too nice and that I’ll come off as unprofessional. But I’ll tell you what, I really didn’t want to talk to Corinne Kaplan this early in the season.Â  As a favourite, she could be defined as polarizing, but in a season where everyone is playing it safe, she had some pep, excitement and strategy to the game.Â  Our interview today was a little longer than normal, just because it was so full of juicy tidbits about how the game is played, I couldn’t edit it down.

Producers have pretty much said that every season will feature returning players, so here’s to this not being the last time we see (or hear) Corrine.

Letâ€™s go back to the beginning, why did you want to play Survivor again?
In interviews, anytime someone asked me about the most challenging thing that I’ve had to overcome in life, I would always reference Survivor. So if thatâ€™s the thing Iâ€™m most proud of, how do I not take the opportunity to go back. They had previously asked me to go back and play in â€œHeroes vs. Villainsâ€ but I couldnâ€™t because my job wouldnâ€™t let me. So I already know what it feels like to say no and I couldnâ€™t say no again.

When you said that youâ€™d come back, did you know what the theme of your season was?
No, to be honest, on the way out there, when I looked around on the plane to see who else was playing and I thought to myself, this is some sort of mutant season. Most of us arenâ€™t likable people, I would not call us favourites by any stretch of the imagination.

So who were you interested to see on your tribe?
Before the game started, strangely enough, I was really excited to play with Brenda. But when the game started, Brenda sorta became mute. I totally changed my opinion about Brenda and I ended up really liking Dawn. I thought she and Brandon would be my two hardest people to win over, because they are very religious and I am not, especially Dawn. Sheâ€™s pretty much the opposite of me, she doesnâ€™t swear and she doesnâ€™t drink. But within 24 hours, I realized I loved her and got along with her famously. 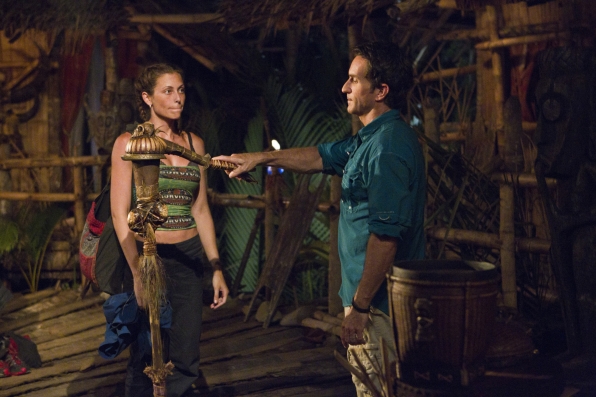 Brenda and Julia seem to be fighting for the least amount of screen time, so she really was that quiet on the island?
Yes, she didnâ€™t talk for most of the 22 days that I was there, she never talked anything about strategy. She never spoke up, she just never spoke. If you went to the well with her, she didnâ€™t talk. There wasnâ€™t a lot coming out of her, I didnâ€™t know what the hell she was doing.

Do you think that was her strategy?
If it was, kudos to her because she made it further than me, without any drama.

Because Malcolm played back to back seasons, did you guys know what kind of player he was?
Jeff Probst told us that he didnâ€™t win and that it was up to Malcolm to tell us anything else. I didnâ€™t really care because what is Malcolm going to tell me? If he was the Russell Hantz of his season, he wasnâ€™t going to tell me. You have to take him at face value and make your own decision, you canâ€™t really go on what he tells you.

So what did he tell you?
He didnâ€™t tell us a lot, he just gave us basics like that his tribe was behind at first and then came back. Iâ€™m not a huge Survivor nerd, so when Iâ€™m looking for an alliance, Iâ€™m looking for loyalty and I thought finding the idol with him would create loyalty and thatâ€™s all I cared about. Me liking him was nice, but that was secondary to knowing that he would be loyal.

Hereâ€™s something thatâ€™s always bothered me, because it happened last season too. You and Malcolm found the hidden immunity idol together, but he kept it. Didnâ€™t that bug you?
I donâ€™t know everything about the Survivor rules, but itâ€™s the first person to touch the hidden immunity idol. So it doesnâ€™t matter to me who has it, so itâ€™s not like he isnâ€™t going to give it to me, weâ€™re in an alliance together. I donâ€™t want him to get voted out, if it was my idol Iâ€™d give it to him. But if he knew I was getting voted out, he would have given it to me because he doesnâ€™t want to be down in numbers. He made a big deal that it was his, but it didnâ€™t matter. As long as the only two people who know you have it are the two people that found it, itâ€™s yours, itâ€™s like shared custody. 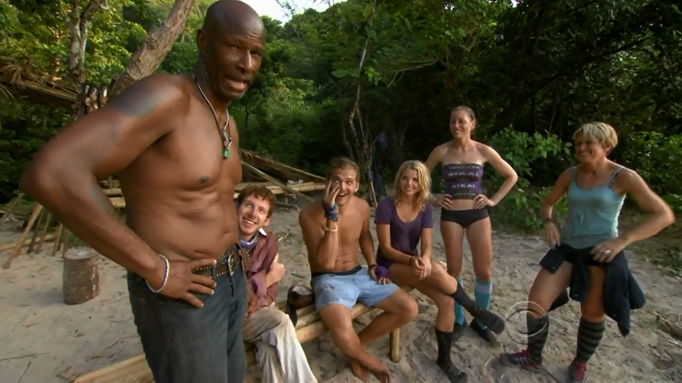 Unlike the producers, I didnâ€™t want to focus a lot on Phillip, but was it as bad as it looked on TV?
No, itâ€™s much, much worse, honestly. He is a complete dumpster fire .He is everything that is wrong with a human being, all wrapped up in one person. Heâ€™s got an ego, heâ€™s narcissistic, heâ€™s very low intelligence, heâ€™s mentally unstable, heâ€™s aggressive, heâ€™s rude and I could go on and on.

So why arenâ€™t people voting him out, or are they like Boston Rob and just keeping him until the end.
Because people have no self-confidence, because they donâ€™t think there is anything they can beat like Phillip. With Phillip, you could put him next to Hitler and someone would give Hitler a million dollars. Itâ€™s insecurity. I kept telling people that I was sure I wasnâ€™t going to win the million either, because who is going to give it to me. I donâ€™t have a sob story and Iâ€™m kind of a bitch, but at least Iâ€™m not annoying. Andrea, Dawn and Cochran are so insecure and the only person their sure they could beat was Phillip. So he had a lot of value of them.

Thereâ€™s rumours that an upcoming season of Survivor will featuring returning family members and their family members, would that interest you?
I donâ€™t really know how that would work. My brother is in residency, so itâ€™s not like he can just take six weeks off and I doubt that heâ€™d want to quit his livelihood to go on Survivor. If it is family, I would wonder what the age range is or do you have to play with siblings. Iâ€™m sure my father would play with me in a heartbeat, but I donâ€™t know how good heâ€™d be.