Every season there’s at least one villain on Survivor. And it would seem that this season, the Survivor gods offered up Shamar Thomas. The Iraq war vet with just a little bit of a temper.  But his time was cut short when he was taken out of the game due to an injury!

I caught up with the guy, who in my opinion, turn out to be a gentle giant!

The show showed your eye injury, but I read that you also injured your finger pretty bad. How are you feeling now?
Well, my finger is permanently disfigured, it’ll be crooked for the rest of my life. Other than that, I’m doing pretty well.

Wow!  How did that happen?
We had a big storm and we kept throwing debris on top of the shelter to stop the rain from coming in. I was building a support and a piece of bamboo entered my finger.

Are you happy with how you were portrayed on Survivor?
Not at all, I was like the people watching at home. I was like, “Man, get this guy off of the TV.” But at the end of the day, it’s a TV show. It’s for entertainment. A lot of other people on the show, you don’t even know their names, so would I rather 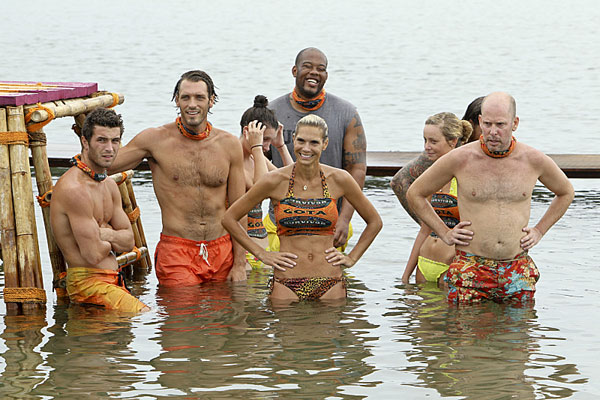 be portrayed in a negative light or be unkown? To be frank with you, I’d rather be unknown. Honestly, as a decorated marine, I’d rather not be portrayed in that light. But it’s a once in a life time opportunity, so I am not mad at all. I knew what could happen.

Why do you think there was so much tension on the beach?
I just think that I didn’t have a lot in common with everybody. A lot of the other people had things in common like the music that they listened too. I was just the odd man out. I think it was my strength in challenges and around camp that kept me playing. Laura could barely swim, Eddie lost two challenges for us. They were just so weak. I was more comfortable with Sherri and Laura because they would tell me everything that was going on.

Was Survivor what you expected?
Honestly, I was being very argumentative going in. I didn’t think I would be cast with so many people that I had nothing in common with. The elements were one thing, you can sleep in your backyard for two weeks, but you can’t really prepare for who is going to be on the island. You know, you’re playing with people who are playing for a million dollars, nobody can prepare for that. 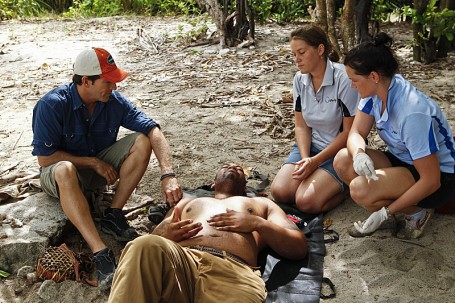 What did you learn from playing then?
I learned a lot about entertainment and people in general. I was just happy, because I really was a fan of Survivor beforehand and naturally, you’re not going to like it. So to actually get on the mat and see and Jeff and do a challenge, that is something that you can’t take away. It was one of the most memorable experience of my life, it was almost like a dream come true.

Would you go back if they asked?
That’s a hard question. It’s a once in a lifetime opportunity, so I would never say no to doing it again, but it is really scary because I don’t really see myself as a villain. I’m a man of the people and now I’m seen as an argumentative person. The challenges were great, the experience was really wonderful. Because I didn’t really do well this time, I would love to do it again, just to show people that I am a good Survivor player.