Well, every tribe always has to go to Tribal Council eventually, right?Â  Unfortunately, in the case of Survivor Super fan Allie Pohevtiz, one time was all it took for her to be eliminated.Â  While not exactly a blind side, it turns out that the bartender had a chance to save herself, and chose to save Reynold instead.

It would seem that you aligned with the three other good looking people, but Iâ€™ve read in interviews that you say thatâ€™s not true. What do you think brought you together with Hope, Eddie and Reynold?
Allie: Hope and I got along, we just clicked right away. It wasnâ€™t based on the way we looked or anything like that, we just had a lot in common, we talked about the same stuff. Hope was also bonding with Eddie and the boys were really close, so they brought us all together. But it was never about the way that we looked. 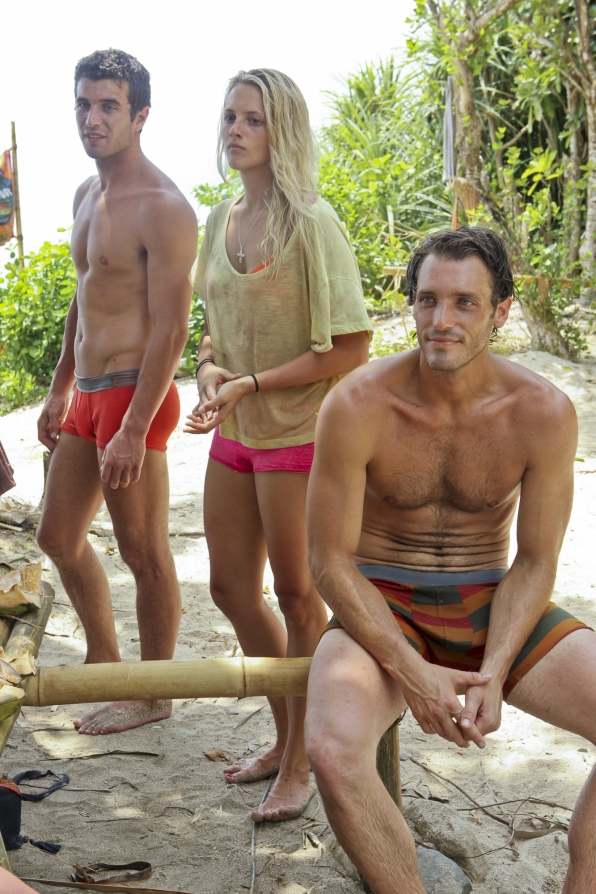 Matt was also a part of your alliance and he didnâ€™t really fit the look of the rest of you, howâ€™d he fit in?
Allie: The thing with Matt is that we all just trusted him right away. Reynold and I pulled him aside right away and told him we wanted to be in the final three with him, we wanted to work with him. Hope thought the same thing, so she had a conversation with them. We all just talked about how much we enjoyed him and thoroughly trusted him. Â Matt is a really great guy. Little did we know that he was working with everyone else.

How stressful is it living with people who are constantly playing a game?
Allie: You really only relax when you know that youâ€™re going to go home. The second you step on that beach itâ€™s stressful. Anytime anybody breaks off, everyone panics. It was constant. And even though it looked like the four of us were together, we really tried out best to integrate in with everyone. 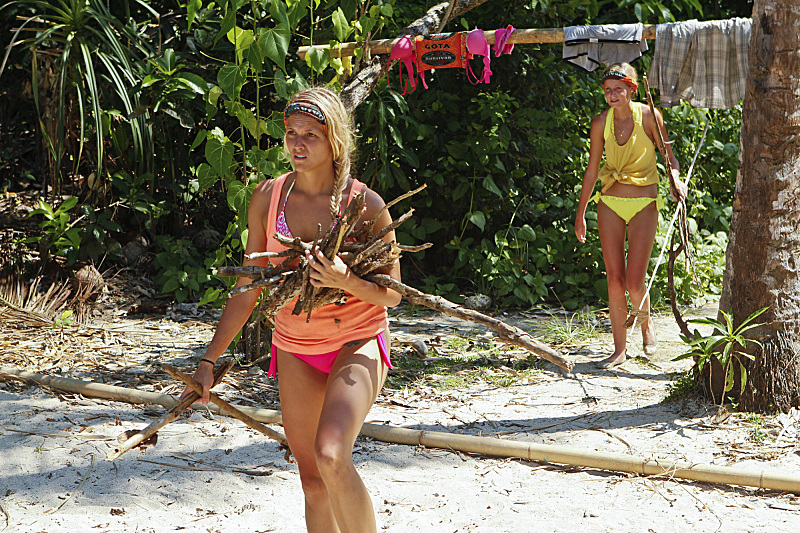 Was it just Reynold that was looking for the Idol?
Allie: No, I definitely know that I was looking for it. So was Michael, I wanna say Sherri was too. There was a few of us.

Did you know that Reynold had the idol?
Allie: Yeah, I wasnâ€™t surprised. He had the idol long before Tribal Council.

Did you ask Reynold if you could have the idol?
Allie: Well this would be where my stupidity played into it. Because Reynold told me that if I thought I needed the idol, then I could have it, but he didnâ€™t think we would. So I could have played it. In my head, I just kept thinking that if the vote switched, I used the idol and then Reynold went home because of me, I could never live with myself. He was one of the few people I enjoyed out there. Instead, it got me sent home.

Shamar is very polarizing and seemingly infuriating. Do you think heâ€™s like that outside of the game too?Â  Or is it a result of the conditions on Survivor?
Allie: I think itâ€™s an exaggerated version of himself. I donâ€™t think anyone be that â€œonâ€ 24 hours a day. Heâ€™s definitely not that intense in real life. I got stressed talking to him, Iâ€™m sure he got stressed talking to me. But yeah, that definitely wasnâ€™t an act.

Is it smart to keep Shamar to the finals?
Allie: More power to Sherri, if she can keep him all the way to the finals, then you deserve a million dollars all the way. I was sick of him after three minutes on the island. So if you can deal with him for 39 days, I will hand you a million dollars.
You were such a fan of the show, is it still hard being voted off so early?
Allie: We got home so long ago, so I feel like I was finally over everything. But now that itâ€™s airing, just to watch it again and how weâ€™re all being portrayed. Itâ€™s really hard to watch. I feel like I had some closure and now itâ€™s just re-opening everything.

Maybe on the Amazing Race?
Allie: Well, I donâ€™t know about that.