A lot has happened since Michael Skupin last played Survivor in season two. In fact, twenty three other seasons of Survivor have taken place. As one of Survivor: Phillipines three returning players, he was able to quickly do whatever he could to get that target off of his back and form an alliance with the star of The Facts of Life. Yes, a lot has happened since his first season.

I got up with Skupin to talk about his near win this season and what he’d do to win the jury’s votes next time.

Ever since season two, Iâ€™ve been wondering when youâ€™d come back . What took producers so long?
Michael: Theyâ€™ve approached me a dozen times now about coming back, all the way back to season 7, so Iâ€™m no stranger to these phone calls and the scenarios they still have. For one reason or another, it just didnâ€™t work out. Sometimes they pulled the plug, another time my mom was really sick in the hospital. This time, everything just lined up.

How was strategy in the game different in season 25 from season two.
Michael: The only part of the strategy that is different now is that alliances form in the sixty seconds of being on the beach, not after a few weeks out there. Outwit, outlast and outplay is still the core elements of this game, even if they through in things like hidden immunity idols. The returning player bullseye that I had was definitely offset by the strategic value of having played the game before.

How concerned were you with that bullâ€™s-eye?
Michael: Ever since Boston Rob won his returning season and every season since a returning player had made it to the final three, I sorta thought the window had closed for returning players to find success in the game. It was so true when I got there, the first thing Pete said to me, â€œWe donâ€™t like returning players. They are not going to win this game, itâ€™s nothing personal, just deal with it.â€ But then our tribe didnâ€™t lose any challenges. Then when we got to the merge, Jeff Kent said the same thing, but they hated Penner more than they hated me, so he said, â€œWeâ€™re going to vote Penner out first, youâ€™re three days later.â€ You donâ€™t tell people your strategy like that, thatâ€™s why you donâ€™t tell someone they are going out that night, they are going to do whatever they can to stay in the game.

I want to ask you about your relationship with Lisa. How do you know who is going to keep a promise in Survivor.

Michael: That is a really, really good question. This might be the game defining question because you have to trust somebody. What you basically do is make friendships/pseudo alliances with as many people as you can. The more people you make this sub-alliances with, the less likely your name is going to come up, because everybody things they are in an alliance with you. 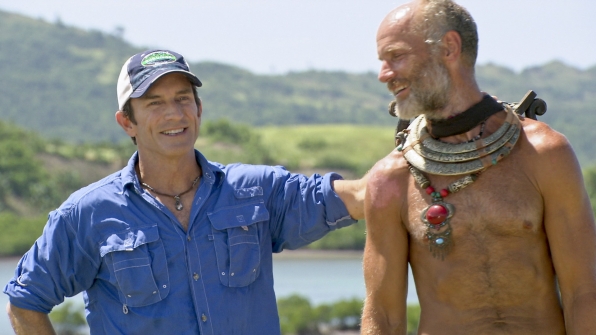 You won the last immunity. What was that feeling like?

Michael: Itâ€™s so deep for me. Right around the Heroes vs. Villains, I had finally come to terms with the fact that I would likely never play this game again. It just wasnâ€™t going to happen. So when Jeff said, â€œYou won immunity and youâ€™re guaranteed a spot in the final three.â€ I said, â€œI never thought Iâ€™d hear those words.â€ I really thought that. It was so deeply emotional for me that I was able to control this game as much as I could, the rest was up to the jury.

Were you surprised that Denise sorta ran away with the jury votes?
Michael: Amazingly surprised because in the spirit of the game, I played offensively and strategically and Denise, admittedly, played under the radar and the jury ended giving the money to the person that burned less bridges out there. I was very shocked, absolutely. 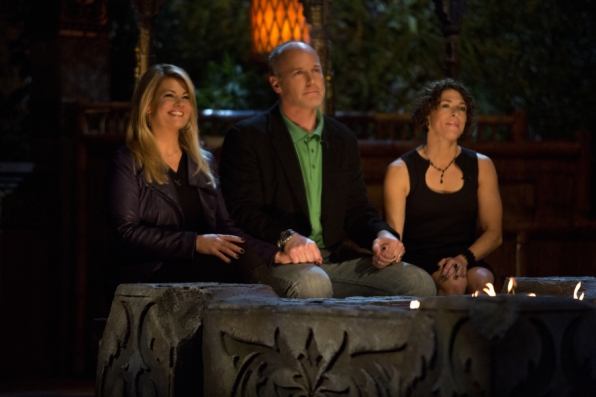 What Survivor castaway from this season do you think deserves a second shot at playing the game again?
Michael: Malcolm is deserving to come back, you can look at Pete and Jeff. Heck, Iâ€™d even love to come back. I never got a vote with the new players, I want to go and play with all returning plays, the best of the best and see if I can still never get a vote.