Survivor Exit Interview: Roxy is still faithful to her alliance…with... 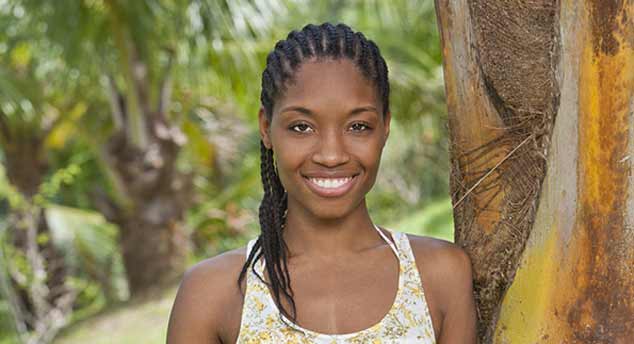 Two weeks into Survivor and the castaways have already gotten rid of two of the “characters” I was looking forward to the most. Zane was the first to go and last week, his Matsing tribemate Roxy was voted out, even though she preached about the dangers of keeping the burgeoning alliance of love that is Malcolm and Angie.Throughout her time on the island Roxy relied on her faith to get her through the tougher parts of the show, something that in other seasons would have guaranteed her a spot in the final four. But not this season, especially with a tribe that laughed off counting on religion to help them through.

Today, I caught up with Roxy and we talked about her faith, how she got on the show and if she’d put herself through the extreme challenge of the show again.

What’s it like to make it to finally make it on Survivor and only last six days.
I was encouraged by a cousinâ€™s cousin. I knew a little about the show, but this guy was a fanatic, this guy tries out annually. I actually got convinced to audition because I was trying to evangelize to him and he said that I would great on Survivor. So it was the time of year when he would film his audition for the show and he reminded me that I also had to submit my video. It was the very first video I had shot on my laptop, it was thirty seconds long and they (the producers) called me the same day! In my eyes, it was pretty easy to get on, but everyone on the show kept telling me how long it took for them to get on. It was crazy. The process of getting on the show took so long, that honestly, just getting past the first tribal was an accomplishment. It was disappointing being out so soon, everyone wants to get as close to the million dollars as possible. But I pretty much left everything in Godâ€™s hands. I said it from the beginning, Jesus was going to keep me in the game as long as he wanted to keep me in the game. Given another season, another dynamic, having Redemption Island, having two tribes instead of three tribes, I could still be in the game, but these were the cards that I were dealt.

What sort of effect do you think returning players had on your game play?
If you look back at the first episode, when they tell us that there are going to be returning players, I was just not happy! They come in with a different spirit, a different knowledge. That changed the whole thing for me, because theyâ€™ve played the game already. But it was cool to play so closely with Russell. Regardless of whether or not I think heâ€™s a great player, he did bring a lot of knowledge to the game, it was awesome to be able to play with such an ally. 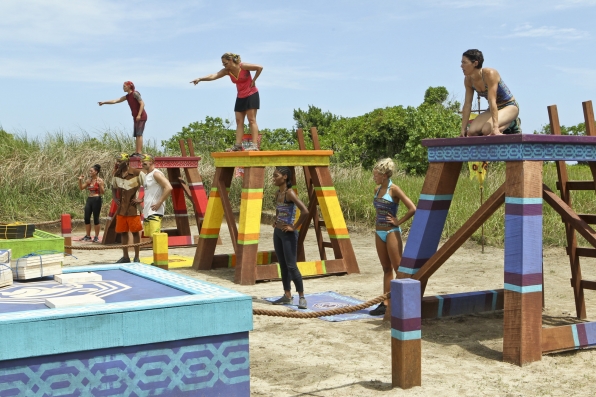 What was your biggest asset, your faith or your experience in the military?
To tell you the truth, Iâ€™m very young in the military organization. Iâ€™m a junior officer. Although Iâ€™m an officer, Iâ€™ve never been enlisted before. Iâ€™m training to be a chaplain, so thatâ€™s a very specific job in the military. So Iâ€™d have to say that my faith played a bigger part. More than anything else that I could bring to the table, I think my spirituality in the strongest thing about me.

Just before you were voted out, you had a breakdown but you seemed to rebound by the time tribal council came around. What happened?
This is where you see the strength of my spirituality. If you noticed, I was down, I was crying, I was having a meltdown. But I got to have my moment, I was praying. And while Denise was laughing at me, honestly those moments with God give me my â€œumpf.â€ And thatâ€™s how I live life, you have your ups and your downs. And I went down with a fight. 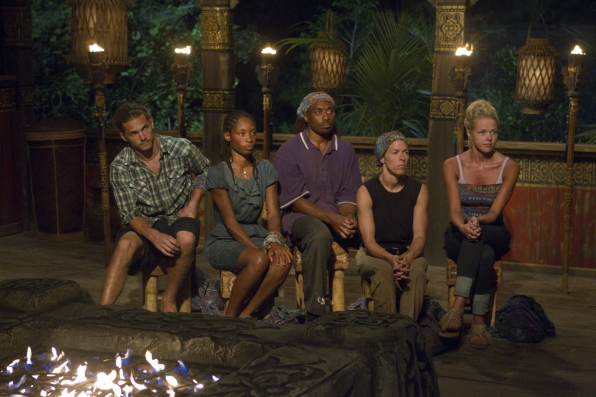 Are you happy with how your “character” was portrayed on TV?
Absolutely. I tell you one thing, Iâ€™m not just training to be pastor, Iâ€™m just training to be a support to the military of our country, so I might not be your tradition pastor. Iâ€™m a little bit of a trouble maker for Jesus. You wonâ€™t run over me, you will hear my last words, even if it is my last words. Iâ€™m so happy about that episode and you know what, I owned the episode. That episode was mine. It may have been my last episode, but it was mine.

This season is all about the returning players, would you return for another season?
In a heart beat. Itâ€™s something that I wish every Christian could play. I think it tests a whole bunch of things about my self. I am very self-critical, I may be critical of others, but I am very self-critical and I think that being able to play that game always pulls something out of you that you never thought was there, I would most definitely, definitely play again.