Survivor Exit Interview: Pete’s desperate attempt to stay in the...

This season of Survivor seems to be all about picking off tribes one by one. First it was Matsing and now it’s Tandang’s turn to fall. Pete was stuck in his alliance with Abi, who seemed oblvious to her villain status, making her perfect to bring to the end. That left only Pete and although he tried to get Skupin to switch, it was too little too late for the 24-year-old engineer.


From what happened on the island to what people are seeing on TV, are you happy with your portrayal on Survivor?
Pete: I donâ€™t know, since we never went to Tribal council until the Matsing addition, you never really got to see what was going on in our tribe. Our tribe was like the Jerry Springer show, stuff was just going wild. There were a lot of funny things that didnâ€™t make it to air.

Is there someone who is coming off better on the show than they did in real life?
Pete: Abi is getting a bit more heat then she deserves. Obviously sheâ€™s very explosive and she looks kinda mean, which I mean, is kinda accurate, but in real life, sheâ€™s actually a nice girl. R.C isnâ€™t the sweet little angel everyone thinks she is. Everyone forgets that she was bullying Lisa right off the bat. She pissed off Artis a lot, sheâ€™s a different kind of abrasive than Abi is. Thereâ€™s lots of things that people didnâ€™t to see about R.C. 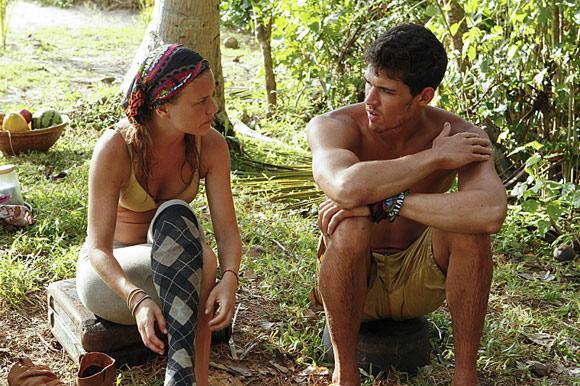 Did you ever talk to Abi about her behaviour?
Pete: All the time! â€œJust be quiet, just be quiet.â€ Even during tribal, I kept thinking, â€œAbi, just stop talking.â€ Her and Lisa would just air out all their dirty laundry at Tribal, pointing fingers at people who werenâ€™t in their alliance. It was hard to deal with. We probably should have cut Abi a little bit sooner.

Hindsight is 20/20, but would have picked a different alliance, know what you know now?
Pete: I would have kept Artis and Lisa and maybe have brought on Skupin. Looking back and seeing that he recognized Lisa right off the bat, that would have been dangerous. I donâ€™t know. Abi would have been good for Tandang and then at the merge get rid of her and find someone new. Thatâ€™s probably what I would have done.

The tiered immunity challenge didnâ€™t give you much of a chance to win, which you needed for you to stay in the game. Did that frustrate you?
Pete: There was no skill involved in the first part with the ropes, it was all just luck. Did I pull the rope enough, is the buoy going to fit through this hole? I feel like that first challenge was just a lot of luck. It was pretty frustrating. Out of all the other challenges, I almost won a lot of individual immunities. 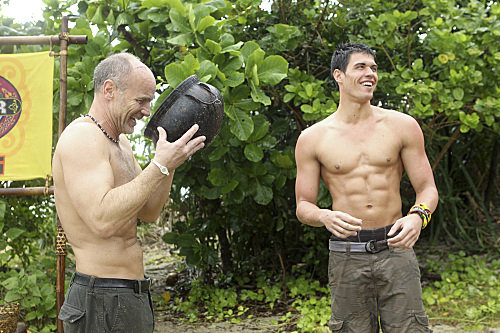 What was your favourite challenge?
Pete: Definitely the first one with the kayaks. It was the first time that we got to go out with our flags and there was such an adrenaline rush. It was pretty crazy.

Whoâ€™s the biggest threat in the game right now?
Pete: Malcolm is definitely a huge threat, the kid has the idol. For some reason, no one sees any reason to vote him out. The quiet ones always scare me. Besides the Tribal Council with Abi, she doesnâ€™t really say a lot. Therapists are very good at talking to you in a threatening way.

What would you do if you were in Abiâ€™s shoes?
Pete: I would tell them that nobody is going to vote for me, so Iâ€™m a great person to bring to final three.

Is your experience in Survivor what you thought it was going to be?
Pete: It was actually a lot more. Did I know it was going to rain for so many days? No. And when youâ€™re back home, you miss it. Even the bad stuff. The experiences you have, the stuff you have to deal with hunger. Itâ€™s something you can never duplicate.